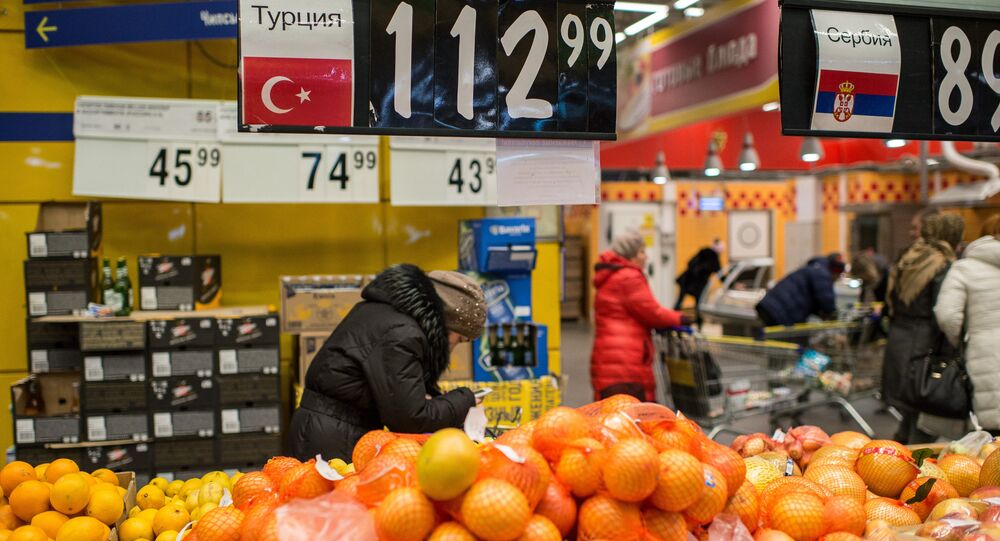 Russian sanctions have dealt a serious blow to Turkey's agricultural sector, but hopes remain that the situation will improve, according to Antalya Commodity Exchange President Ali Candir.

© Flickr / Omer Unlu
Turkey Risks Losing $9Bln in Revenue Over Russian Crisis
In an interview with Sputnik, Antalya Commodity Exchange head Ali Candir admitted that Turkey's farming sector had been hit hard by Russian sanctions, which were introduced in response to Turkey's downing of a Russian warplane.

At the same time, he voiced hope that the current crisis in bilateral relations will finally be resolved.

During the interview, Candir recalled that apart from tourism, Moscow and Ankara had highly developed trade ties.

"We got to like the Russians so much that we even started producing products specifically for their taste preferences. These products became so popular that many of our investors began to manufacture them in Russia," Candir said.

He praised the development of "full-fledged and mutually advantageous cooperation with Russian counterparts," which Candir said had resulted in Russia becoming the largest market for Turkey.

He expressed confidence that this deadlock will eventually be broken, which he said "will help prevent a further escalation of tensions."

"I am sure that that our countries have the diplomatic potential to overcome this crisis, which negatively affects both sides," Candir concluded.

Russian-Turkish relations have been strained by Ankara's downing of a Russian Su-24 frontline bomber over Syria on November 24, which claimed the life of a Russian pilot and a naval infantryman who was engaged in subsequent rescue operations.

© Sputnik / Alexander Vilf
Attitude of 3 in 4 Russians Toward Turkey Worsens After Su-24 Downing
President Vladimir Putin described the downing of the Russian warplane, which was conducting an air operation against Islamist terrorists, as a "stab in the back" and decreed a series of economic restrictions against Turkey.

According to the Mediterranean Exporters' Union, Turkey's vegetable and fruit experts to Russia between January 1, 2015 and November 30, 2015 were worth 741 million dollars; this figure represents 42 percent of the total value of Turkish fruit and vegetable exports.

Turkey Has No Plans to Suspend Visa-Free Regime With Russia