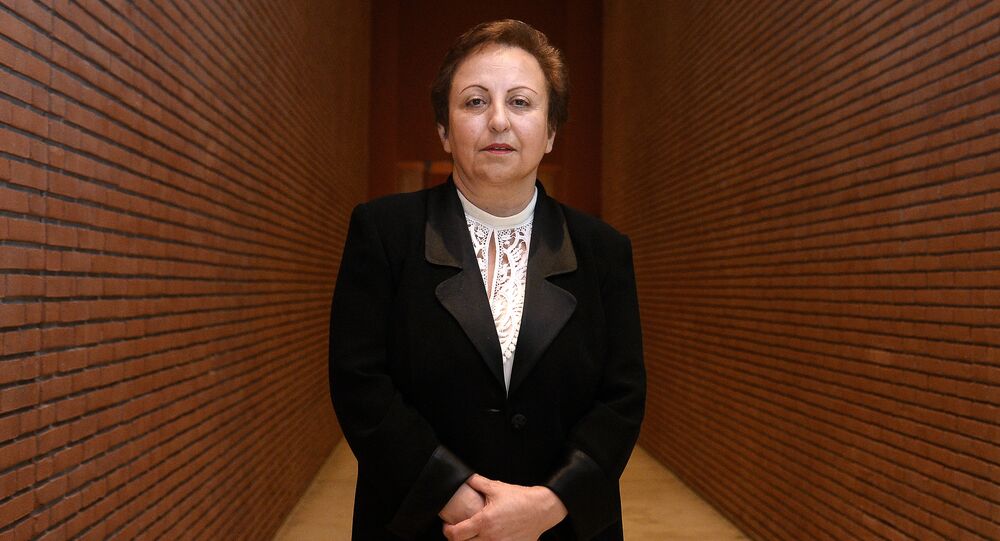 Iranian human rights activist and lawyer said that it is necessary to fight the causes of terrorism instead of its consequences.

© Sputnik /
SCO Gov't Heads to Discuss Counter-Terrorism at Annual Meeting in China
BARCELONA (Sputnik) – It is necessary to fight the causes of terrorism instead of its consequences, as terrorism can not be defeated by means of war, a prominent Iranian human rights activist and lawyer said Tuesday.

"The murder of one or several terrorists will not solve the problem. The world experience of fighting against the Taliban movement tells us that. Look what happened after September 11, when the Taliban was destroyed, but terrorism only expanded. It is necessary to fight against the roots [of terrorism]," Shirin Ebadi told RIA Novosti in an interview.

Ebadi, who received the Nobel Peace Prize in 2003 for promoting human rights, said that the way to fight terrorism was through education rather than more violence.

"The world is currently repeating an experiment which has already failed. That is why we say, drop books on the Islamic State instead of bombs. Bombings will not destroy terrorists," Ebadi said.

According to Ebadi, at least two factors facilitate terrorism — dictatorships and injustice.

The Daesh, also known as ISIL/The Islamic State terrorist group, which has been outlawed in Russia and many other countries, controls vast territories of Syria and Iraq and is currently considered to be a major threat to global security.

A US-led international coalition of around 60 nations has been conducting airstrikes against Daesh targets in Iraq and Syria since August 2014, without the approval of the Syrian authorities of the UN Security Council.

Russia has also been conducting airstrikes against terrorists in Syria since September 30, following a request from President Bashar Assad.