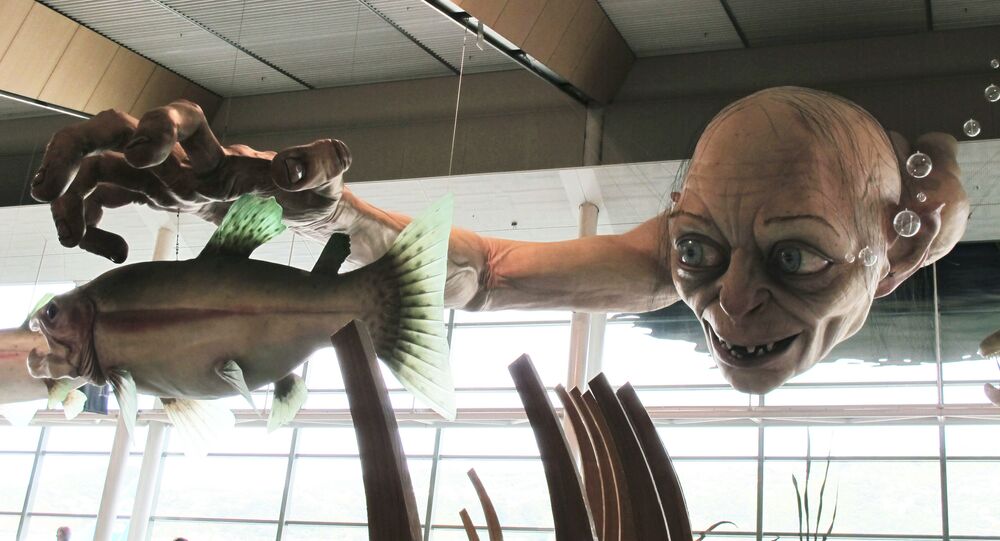 The defense of Bilgin Ciftci, the doctor fired for sharing a meme of Turkish president Recep Tayyip Erdogan, will try to prove that Gollum from the Lord of the Rings is not an unfavorable character, his lawyer told Sputnik Turkey.

© AP Photo / Sven Kaestner, File
My Precious Freedom Speech: Turkish Man Tried for Sharing Gollum Meme
A lawyer for Bilgin Ciftci, the doctor fired for sharing a meme of Turkish president Recep Tayyip Erdogan, told Sputnik that her defense of Bilgin Ciftci will rest on proving that a comparison to Gollum is not necessarily negative.

"My client Bilgin Ciftci said from the very beginning that he didn't have any bad intentions and didn't want to insult anyone. He was acting in the context of free speech, which is confirmed by many rulings in similar cases from the European court of human rights (ECHR), and the constitutional court."

"Unfortunately, judgments by the ECHR and constitutional court are not taken into account by the local courts," said Hicran Danisman, Ciftci's legal representative.

Danisman said that the legal team for Ciftci, who was fired from his job as a doctor at the Public Health Institution of Turkey in October after sharing the meme online, sought to remind the court that such comparisons have been made regarding many famous people, Barack Obama to the Pope, without being taken seriously.

A medical doctor's job is terminated by the state for sharing this picture #BilginCiftci #AKP @RT_Erdogan pic.twitter.com/C7E87t1KQ7

​"The prosecutor has called Gollum a 'negative character.' We disagree with that, because the character of Gollum symbolizes the fight between good and bad, which takes place inside every person."

"After the defense was heard, it turned out that the prosecutor had taken the decision to prosecute despite not having seen the film trilogy 'Lord of the Rings.'"

"The judge said that he hadn't seen it either. Thanks to that we were able to convince the court to postpone the hearing. During that time, the judge watched the film, and we prepared some research about the character."

Ministry of defence of the Russian Federation
Turkish Pundit Goes Ballistic After His Twitter Poll Shows Belief in Erdogan-Daesh Ties
The case's next hearing is scheduled for February 2016, and the court has also demanded an expert examination to investigate Gollum's character, and decide whether the comparison is an insult to the Erdogan

If he is found guilty of insulting the Turkish president, Ciftci faces a prison sentence of up to two years. If that happens, said Danisman, his legal team will take the case to the ECHR.

Danisman explained that in recent years, many Turkish caricaturists and humorists have been prosecuted for insulting President Erdogan.

"Never in the history of the Republic of Turkey have there been so many court cases in relation to insulting the head of state. The situation is really critical, and demonstrates how far Turkish society is from democratic standards."

"The state has got to the point where it forces its members to suppress any manifestations of dissent or opposition. Before they say something or publish a picture on social networks, people begin to think about whether it wil conclude with their arrest. This is becoming a a very serious problem."