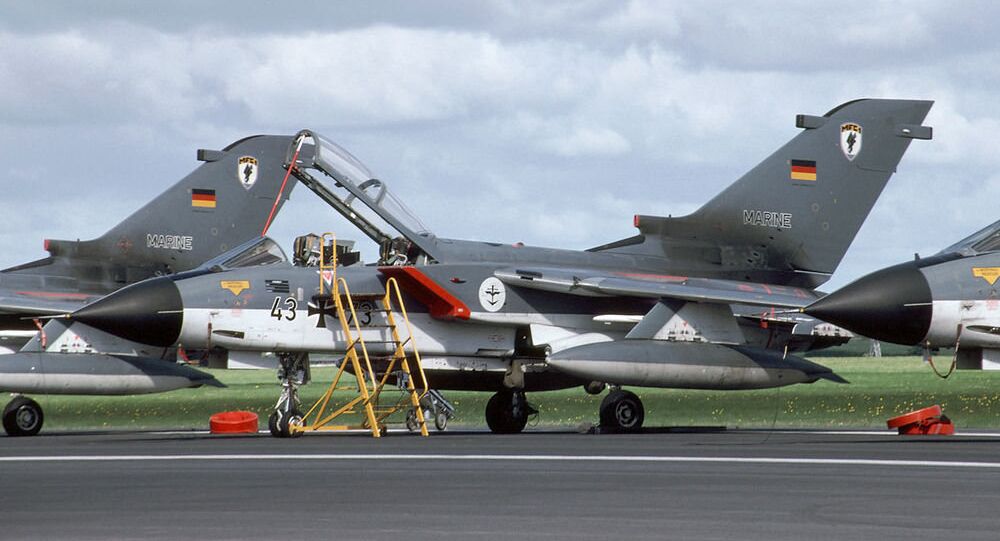 The Germany Tornado reconnaissance aircraft to be deployed to conduct airstrikes against Islamic State (IS, or its Arabic name Daesh) in Syria are in a combat worthy condition, Volker Wieker, chief of staff of the Bundeswehr, Germany's armed forces, said Thursday.

MOSCOW (Sputnik) — Germany is expected to vote on Friday on whether or not to send six Tornado reconnaissance aircraft to Syria, despite a military report revealing that less than half of Germany's Tornados were operational, with only 29 out of the total fleet of 93 combat-ready.

© REUTERS / Ruben Sprich/Files
Only 29 of Germany's Tornado Combat Aircraft Operational
Wieker's words were echoed by Defense Minister Ursula von der Leyen, who told the public broadcaster ARD on Thursday that "30 Tornados are ready, and we need six of them."

It is thought that Germany's anti-IS mission to Syria may last until December 31, 2016, with up to 1,200 Bundeswehr service personnel also expected to be involved. The deployed frigate will support France's Charles de Gaulle aircraft carrier sent to the eastern Mediterranean mid-November.

Germany is a part of the United States-led anti-IS coalition in Syria. The coalition has been conducting airstrikes against terrorist targets in Syria since September 2014 without the Syrian government's consent. Moscow is conducting its own mission in Syria against the IS group, which is outlawed in Russia.

Germany to Increase Participation in Coalition Against Daesh in Syria