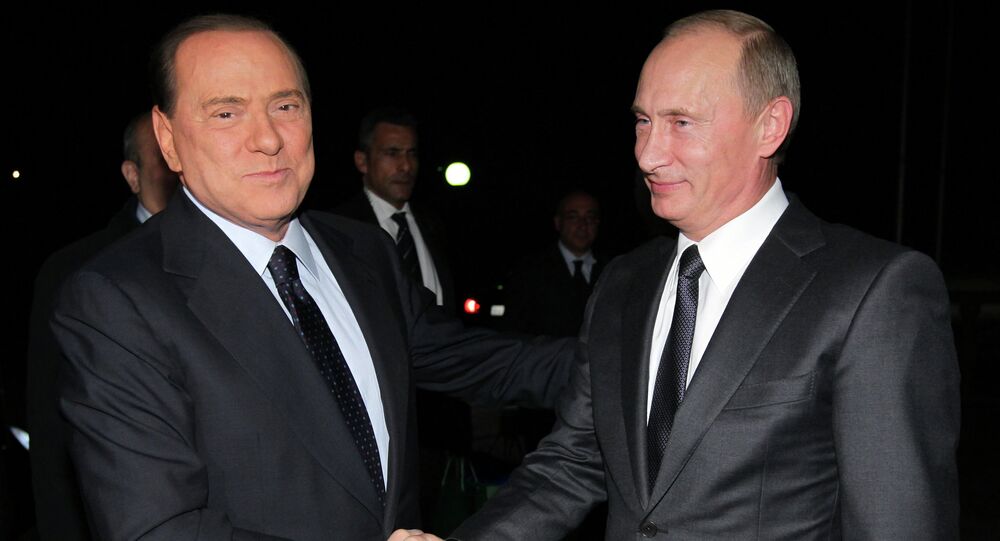 Silvio Berlusconi said that he was in favor of a broad anti-terrorist coalition with Russia.

"On the part of many Western leaders, I do not see any real understanding of the seriousness of the situation. This is due to lack of experience, lack of ideas, fear… I am very concerned by such development of events," Berlusconi, leader of the Forza Italia Political Movement opposition party, said in an interview with Italian newspaper Corriere della Sera.

Berlusconi, who was Italian prime minister four times, said that Russia's participation in the international anti-terrorist coalition was necessary, and recalled that his own course of foreign policy relied on cooperation between Brussels, Moscow and Washington.

"We all have to understand that Russia is an indispensable ally, not an enemy," the politician said, speaking in the wake of the Russian Su-24 downed by Turkey.

The venerable Italian politician added that "the Western countries have made many serious mistakes in recent years," which caused crises in North Africa and the Middle East.

Berlusconi has long enjoyed friendly relations with current Russian leadership and is one of those Western politicians who visited Crimea after it reunified with Russia. In Crimea, Berlusconi met Russian President Vladimir Putin.

Since September 30, Russia has been conducting pinpoint airstrikes on Islamic State (IS, or Daesh in the Arab world) positions in Syria, following a request by President Bashar Assad.

Russia has repeatedly called for broader international cooperation in the fight against IS (an organization that is outlawed in Russia) in Syria, but has not received a constructive reply to its entreaties, according to the Kremlin.

Italy to Support Enterprises Intending to Cooperate With Russia