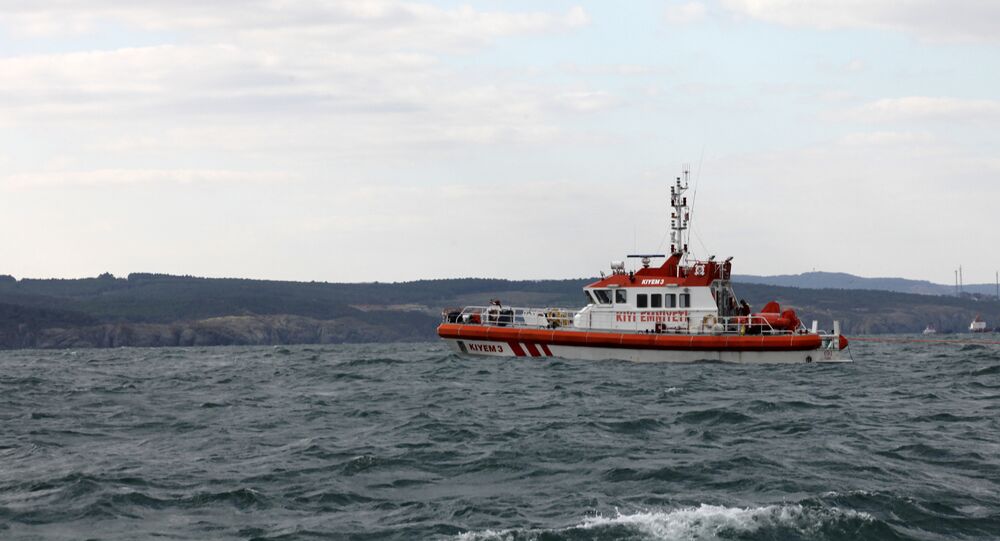 Dozens of Russian ships have reportedly been waiting for hours near the Bosphorus Strait to get the go-ahead from Turkey to be able to pass through the waterway.

© Photo : SRP NERPA
Turkish Sub Confronts Russian Ship in Dardanelles (VIDEO)
In a clear violation of international norms, Turkish authorities have created hurdles for Russian vessels passing through the Bosphorus Strait, according to RT; as a result, dozens of Russian ships have been waiting for hours to obtain the green light from Turkey for passage, LifeNews reports.

RIA Novosti quoted Viktor Kravchenko, former chief of staff of the Russian Navy, as saying that a possible unilateral closure by Turkey of the Bosphorus Strait for Russian ships would be out of line with international law.

"Turkey will not close the strait to Russian vessels en route to Syria because it would be a violation of international law and the Montreux Convention, in particular, — a document that was signed by most counties at the time", he said.

The 1936 Montreux Convention on the Regime of the Straits regulates the passage of civilian and naval ships through the Bosphorus Strait and the Dardanelles.  According to Article 2, "merchant vessels shall enjoy complete freedom of transit and navigation in the Straits, by day and by night, under any flag and with any kind of cargo, without any formalities."

© REUTERS / Umit Bektas
Turkey Hopes Russia Reconsiders Economic Sanctions - Davutoglu
In December 1982, the UN elaborated the Convention on the Law of the Sea, but Turkey refused to join it and the Montreux convention remained in force. In 1994, Turkey unilaterally adopted new Maritime Traffic Regulations for the Straits, and included a number of restrictions for the passage of foreign vessels.

Meanwhile, it was reported that French fighter jets will use the Incirlik military base and that the French aircraft carrier Charles de Gaulle will receive logistical support in the Turkish port of Mersin.

Turkey's Resort of Antalya May Lose $6.5Bln Due to Crisis With Russia