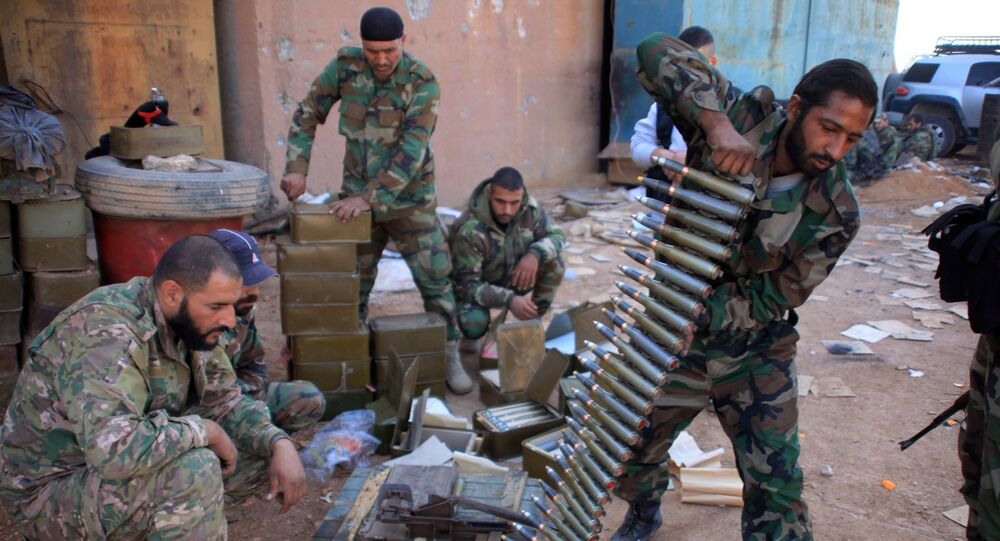 According to the German foreign minister, all sides of the Syrian conflict need to unite in the fight against terrorism.

"As long as the sides to Syrian civil war are only fighting among themselves, the IS is laughing <…> That is why in Vienna, we agreed to work on a political process and a ceasefire between the Syrian army and the opposition so all forces can be directed against the IS," the minister told the Bild newspaper.

The latest round of Vienna peace talks on Syrian reconciliation, held in October, agreed on upholding the 2012 Geneva communique on Syria, which entails finding a political solution to Syria's civil war and starting negotiations between opposing factions on January 1, 2016.

Assad's government now has a chance to show its determination in fighting Daesh instead of using barrel bombs and chemical weapons against Syrian citizens, Steinmeier said. Daesh is a terrorist group banned in Russia.

Pentagon May Mull Deployment of Extra Ground Troops to Syria