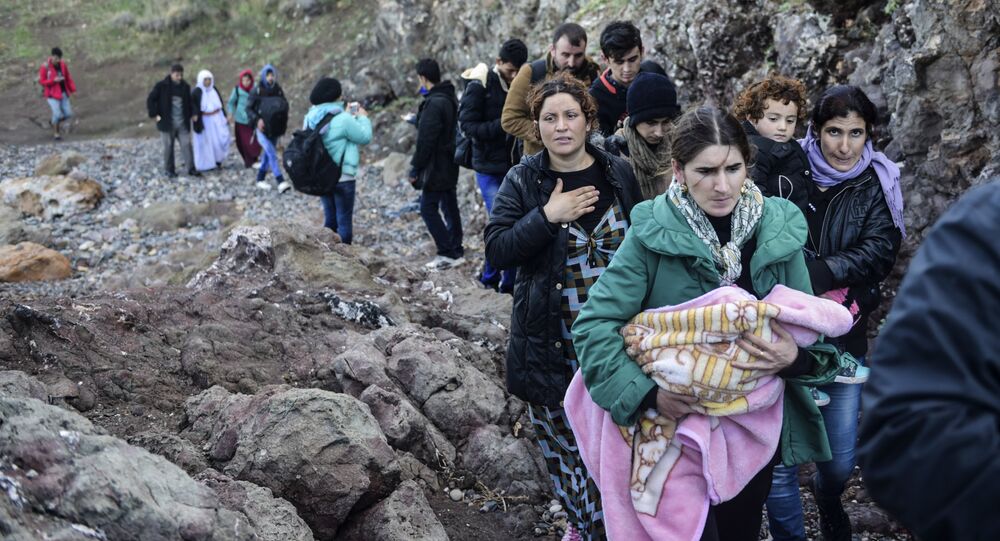 By attempting to cut a deal with Turkey in order to tackle the migration issue, the European Union has gone against its moral and political principles, according to the German media.

The German newspaper Die Zeit quoted politician and lawyer Dilek Kurban as saying that from the very beginning, the deal was a controversial document from a political and moral point of view and that it should be critically reviewed after the terrorist attacks in Paris earlier this month.

She also questioned Turkey's ability to provide adequate protection to political refugees, referring to the two Syrian journalists who wrote about the ISIL atrocities and who were found decapitated in the country on October 30.

In addition, Syrians can't receive refugee status in Turkey under the Geneva Convention due to the fact that Ankara has introduced a so-called "temporary protection" system, which does not stipulate that the refugees receive a reliable legal status. Consequently, the EU signing a deal with Turkey is out of line with international law, according to Kurban.

She also said that apart from the refugee protection-related issues, high on the agenda is Erdogan's stance on the Islamic State.

"Can Merkel and other heads of the EU trust the Erdogan government, which takes a relaxed look at ISIL and other Islamist groups or even actively support them?" she said.

Another German newspaper, Die Welt, described the EU-Turkey agreement as "a dirty deal at the expense of human rights."

The newspaper referred to rights activists, who have slammed the agreement as a testament to the "moral bankruptcy" of Europe and a sign of support for Erdogan's "inhumane policies".

Kai Kustner, a correspondent from the German radio network NDR, pointed in turn to the fact that the ongoing migration crisis has forced the EU to start trying to widen its ties with Erdogan's government, a process that Kustner said comes amid non-democratic moves by Ankara.

Also criticizing the EU is commentator Knut Pries from the German newspaper Berliner Morgenpost, who specifically pointed to the "hypocrisy" of the European Union, which he said has so far failed to resolve the migration problem, at a time when it has not yet become "a crisis of unprecedented scale." According to him, the current talks between the EU and Turkey over migrants look like bargaining.

© AP Photo / Geert Vanden Wijngaert
EU, Turkey Approve Joint Plan on Migration to Be Implemented in 2016 – Tusk
Die Welt journalist Robin Alexander, for his part, suggested that Ankara will almost surely capitalize on the situation by placing the simplification of the visa regime with Europe and Turkey's possible accession to the EU on the table.

On Sunday, the EU and Turkey approved a joint plan to combat the flow of migrants to the bloc, under which the EU member states will allocate 3 billion euros ($3.2 billion) to Turkey and boost negotiations on its membership in the EU, according to President of the European Council Donald Tusk.