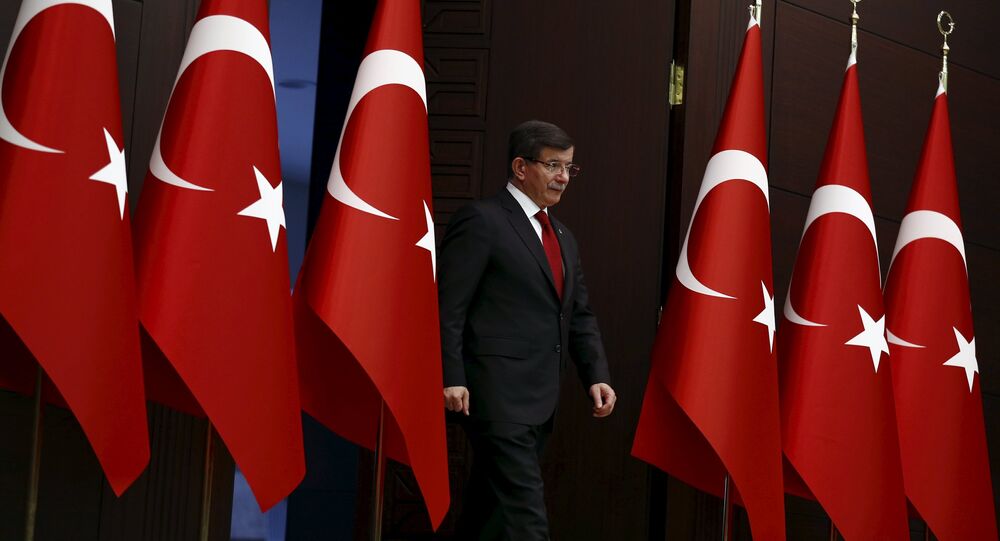 The heads of the EU member states will meet Turkish Prime Minister to discuss solutions of the global migrant crisis.

MOSCOW (Sputnik) — The heads of the EU member states will meet Turkish Prime Minister Ahmet Davutoglu on Sunday afternoon in a bid to curb the influx of undocumented migrants to Europe.

"[European Council] President Donald Tusk has decided to call a meeting of EU heads of state or government with Turkey. The meeting will mark an important step in developing EU-Turkey relations and contribute to managing the migration crisis," the European Commission said.

Tusk said earlier this month that relations with Turkey and its role in countering the refugee crisis would be the main topics for discussion during the summit.

© AP Photo / Boris Grdanoski
At Least 18 Macedonian Policemen Injured in Clashes With Migrants – Interior Ministry
In October, EU leaders agreed to provide $3.4 billion in financial aid to Turkey and activate the process of establishing visa-free EU travel for Turkish citizens. In return, Ankara pledged to do its best to curb the influx of asylum seekers crossing its borders to reach Europe.

The European Union is currently struggling to cope with a massive refugee crisis, with hundreds of thousands of people leaving conflict-torn countries in the Middle East and North Africa for Europe. Over a million illegal border crossings have been detected by the EU border agency Frontex since the beginning of 2015.