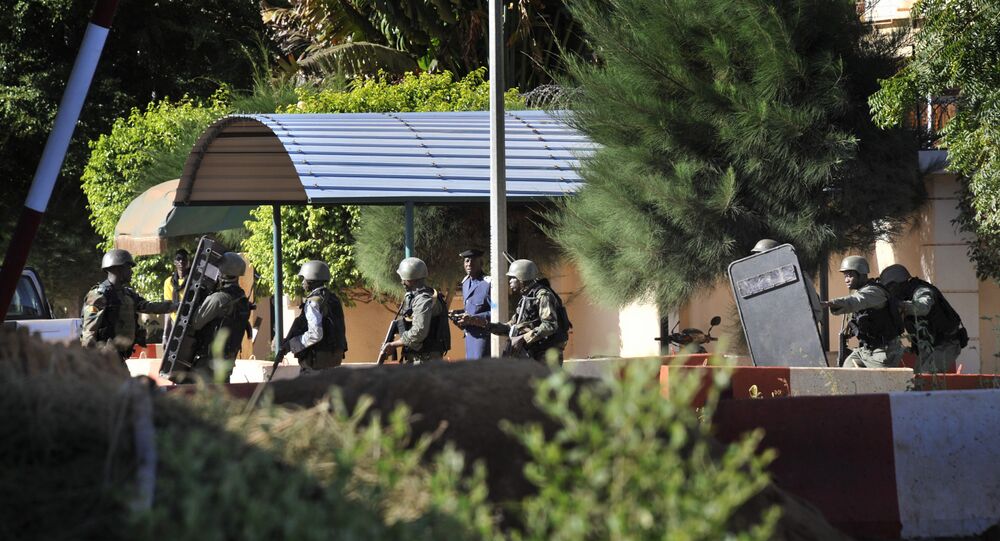 According to the Chinese foreign minister, Beijing decided to strengthen bilateral cooperation with African countries in the fight against terrorism and extremism.

BEIJING  (Sputnik) — China will strengthen its cooperation with African countries in the fight against terrorism following the recent attack on a Malian hotel that claimed lives of 19 people, including three Chinese nationals, Chinese Foreign Minister Wang Yi said Thursday.

"A few days ago, in Mali, there was a terrorist attack with hostage taking, in which three Chinese citizens were killed. China will continue to promote pragmatic cooperation with Africa and at the same time will strengthen bilateral cooperation in the fight against terrorism and extremism," he said at a forum preceding Chinese leader Xi Jinping's visit to South Africa that is scheduled for the beginning of December.

© AFP 2021 / SEBASTIEN RIEUSSEC
UN Confirms 29 People Killed in Mali Siege, Including 2 Attackers
The foreign minister stressed that China is an "active participant" in preserving peace and stability in Africa.