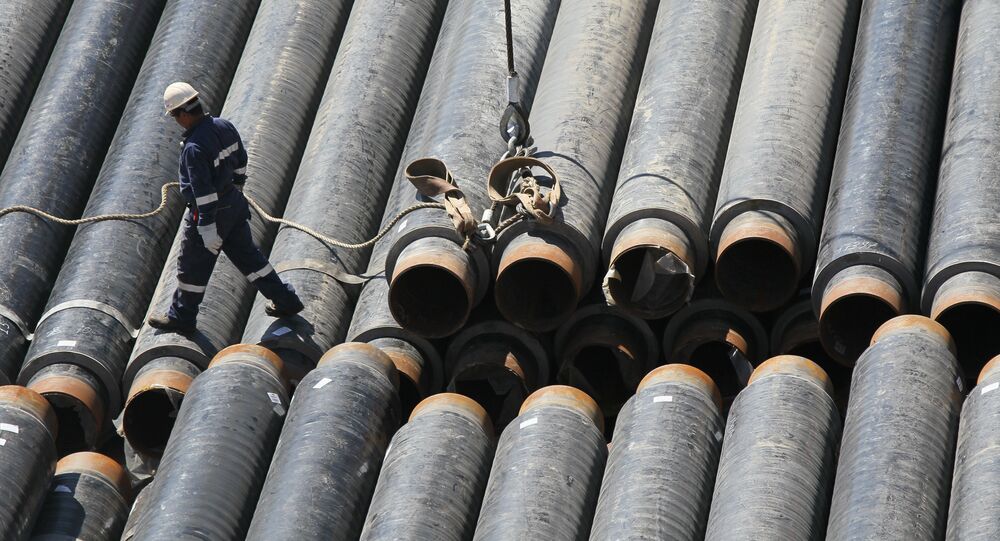 Moscow is ready to scrap Russian-Turkish business projects and abandon military cooperation with Ankara due to the downing of its Su-24 bomber, according to the Russian newspaper Kommersant.

© REUTERS / Axel Schmidt
Turkey's Downing of Russian Su-24 Intensifies Syria Situation – Merkel
Russian-Turkish business and military projects worth tens of billions of dollars may be frozen due to Turkey's downing of a Russian Su-24 on Tuesday, the Russian newspaper Kommersant reported, referring to high-ranking government sources.

According to the sources, Moscow will slap "tough" measures against Ankara, in a move that will have a serious impact on Russian-Turkish relations in many fields.

Downing of Su-24 a 'stab in the back by accomplices of terrorists' — Putin https://t.co/DJJT41FIA7

On Tuesday, the Russian Federal Tourism Agency Rosturism  recommended that the country's tour operators suspend selling tickets to Turkey, citing an ever-increasing terrorist threat. Earlier that day, Russian Foreign Minister Sergei Lavrov advised the country's citizens against visiting Turkey.According to Reuters, "Russia is the source of the second-largest number of [the country's] tourist arrivals after Germany."

© AP Photo / Kremlin Pool
Russia Will Use All Options to Enforce Security After Downing Su-24 - Putin
On November 24, the Russian Su-24 attack aircraft was fired upon in Syria, 2.5 miles away from the Turkish border, after it was hit with an air-to-air missile launched from a Turkish F-16 jet.

Russian President Vladimir Putin reacted to the Turkish downing of the Russian warplane by describing it as a "stab in the back."