One of the two pilots from the Russian Su-24 which was downed by two Turkish F-16s Tuesday morning has been rescued by the Syrian Army, according to Russia's envoy to France, as cited by Reuters.

One of the pilots from the downed Su-24 was found by the Syrian Army and is currently being transported to Russia's base in the country, Rusia's ambassador to France said.

"One on board was wounded when he parachuted down and killed in a savage way on the ground by the jihadists in the area and the other managed to escape and, according to the latest information, has been picked up by the Syrian army and should be going back to the Russian airforce base," ambassador Alexandre Orlov told Europe 1 radio as cited by Reuters. 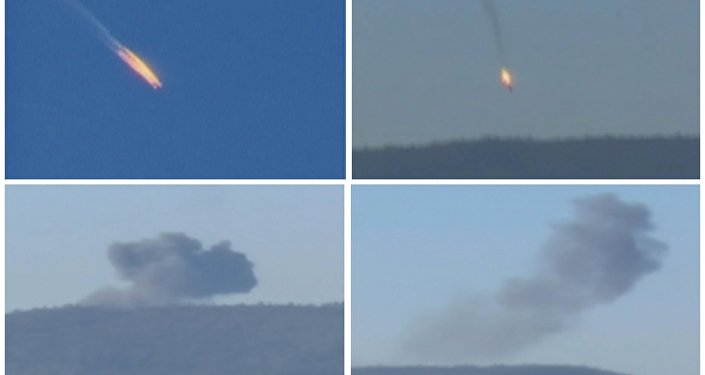 © REUTERS / Reuters TV/Haberturk
Facing Consequences: Russia to Respond in Kind to Downing of Su-24 Bomber
But flight data released by Russian Ministry of Defense shows that the Su-24s never entered Turkey, and were attacked while performing legitimate maneuvers over Syria.

The other pilot was killed by fire from the ground after ejecting from the plane and a Russian naval infantry soldier was killed during the rescue operation.