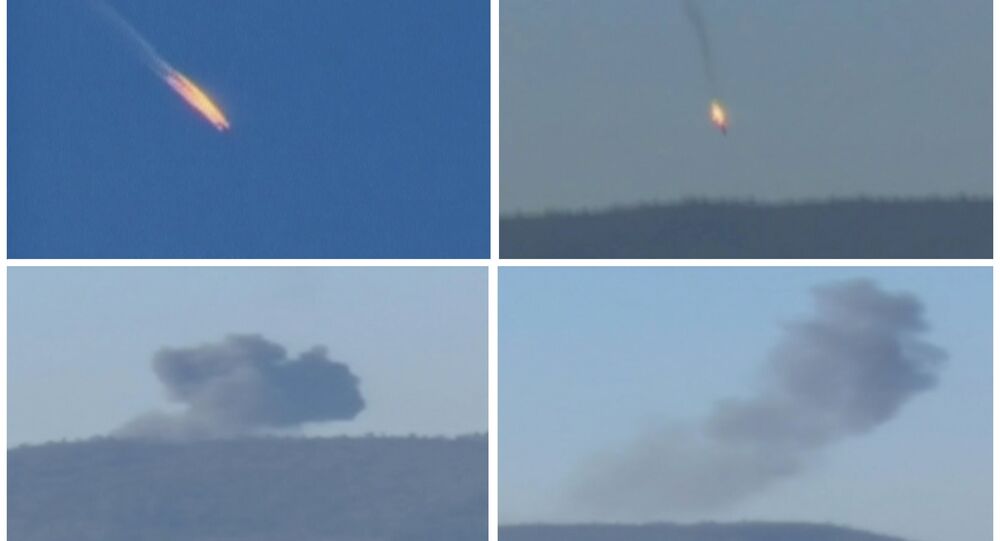 Facing Consequences: Russia to Respond in Kind to Downing of Su-24 Bomber

According to Ismail Hakki Pekin, former head of the Turkish General Staff's Intelligence Department, Turkey's decision to shoot down a Russian Su-24 bomber while it was involved in an anti-terrorist operation was a big mistake.

© Sputnik / Dmitry Vinogradov
Su-24: Russia Must 'Patch up This Relationship' - Martin McCauley
In an interview with Sputnik, former head of the Turkish General Staff's Intelligence Department Hakki Pekin condemned Turkey's decision to shoot down a Russian Su-24 bomber, describing it as a "big mistake."

He specifically pointed to the fact that "the warplane posed no threat to Turkey's security and showed no hostile intentions."

Referring to Russia's 2008 sanctions against Georgia and its ongoing sanctions on Ukraine, Pekin suggested that Russia's response to the downing of the Su-24 will be very tough.

"Apart from sanctions, Russia also deployed its Iskander missile systems in Kaliningrad in retaliation against NATO's increasing activities. You have to understand that Russia has a very strong potential in this field," Pekin said.

He also suggested that the incident with the Russian warplane could further add to Turkey losing its clout in the region.

"Turkey is losing its position in the region following a recent agreement on the military bases. The country is distancing itself from Iran, Syria and Iraq and increasingly drawn into the sphere of influence of Washington's policy," he pointed out.

© Sputnik / Dmitriy Vinogradov
'17 Seconds': No One’s Buying Turkey’s Version of Su-24 Story
Separately, Pekin suggested that Russia could use the information on ISIL selling oil via Turkish territory in order to have Turkey convicted by the International Court in The Hague.

On Tuesday, a Russian Su-24 was fired upon in Syria, 2.5 miles away from the Turkish border, after it was hit with an air-to-air missile launched from a Turkish F-16 jet.