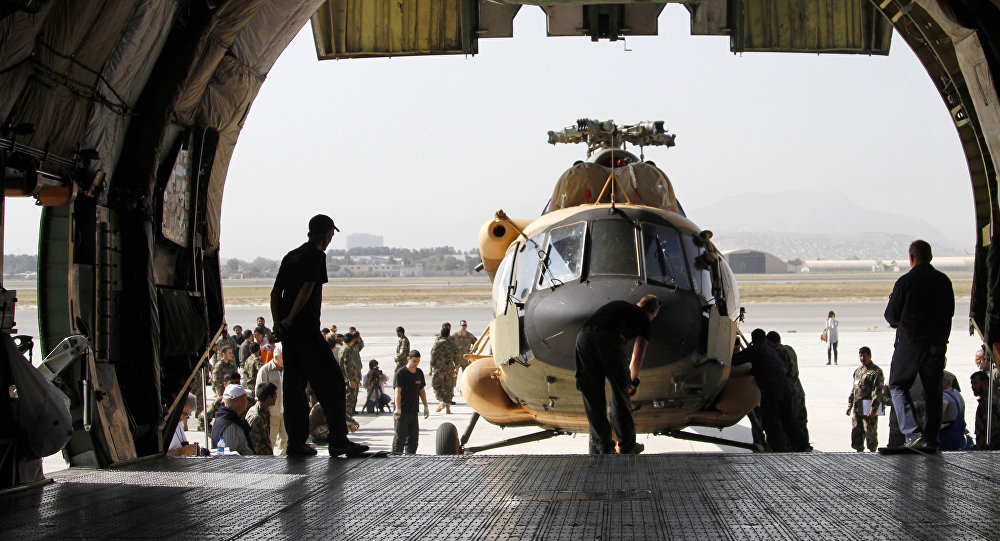 "We will continue the work on the organization of gratuitous supply of arms and ammunition to Afghanistan. We welcome the commitment of the Afghan government to modernize the country's air force," Matvienko said at the meeting with Fazal Hadi Muslimyar, the speaker of the upper house of the Afghan Parliament.

According to the Russian lawmaker, Afghanistan is currently considering a commercial Russian proposal for the purchase of three military helicopters.

"We are concerned by the increased ISIL influence in Afghanistan and its intentions to absorb parts of the Taliban," Matvienko said at a meeting with Afghanistan's upper house speaker Fazel Hadi Muslimyar.

© AP Photo /
US Military May Have 'Cooked' ISIL Intel, Exaggerating Own Success
The danger of Taliban fighters joining ISIL increased after the Afghan army began operations against ISIL, Matvienko added.

Central Asia has seen a rise in violent religious extremist groups since the demise of the Soviet Union.

The threat posed by the return home of Central Asian ISIL extremists after taking part in training and combat in Syria, Iraq and Afghanistan was pointed out by Kyrgyz Prosecutor General Indira Joldubayeva on November 11 in Sochi. Instability on the Tajikistan and Turkmenistan borders with Afghanistan also posed a threat of terrorist breakthroughs into Central Asia, Joldubayeva said.

In recent months, the Afghan government has seen a resurgent Taliban and the spread of ISIL into multiple provinces. Up to 3,000 ISIL extremists are thought to be currently operating in Afghanistan, according to the Collective Security Treaty Organization.