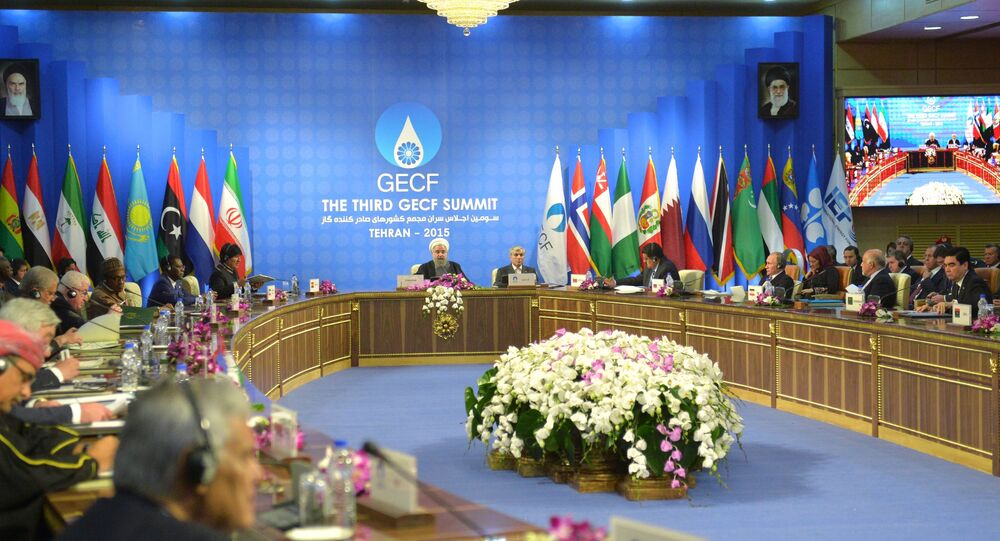 The Gas Exporting Countries Forum summit, held in Tehran on November 23, has sent the world a loud and clear message: Iran has left its state of isolation and is becoming a very important partner in gas production, its relationship with Russia is at a zenith, signifying new alliances in the region, according to Middle East expert Dr. Rasool Nafisi.

© Sputnik / Sergey Guneev
Axis of Equals: Russia, Iran Hope to Put a Stop to Western Hegemony
“The message is loud and clear: Iran is getting out of isolation and now it can become a very important partner in gas production and other activities,” Dr. Rasool Nafisi, who is also College Professor at Strayer University in Washington DC, told Radio Sputnik.

“It is remarkable that Iran and Russia’s relationship is at a zenith,” he said, adding that it is the warmest it has been for at least the last century.

“So, we are witnessing a new sort of alliance in the region which hovers around a number of issues: from security, mainly dealing with terrorism, to social and economic sections.”

The expert also stressed that the high level gathering also signified that Russia is a major partner in shaping the Iranian economy in the future, taking into account its participation in the refashioning and rebuilding of the Arak nuclear site, “possible and very probable participation” in Iranian defense, especially supplying S-300 anti-aircraft missiles. In addition, Russian forces have already been involved in training Iranian officers.

Dr. Rasool Nafisi also noted that while Russia is seeking a partner “in the area of gas”, Iran has every chance to become a close ally.

“That is what President Putin had in mind,” he said, “because to him, the monopoly on exporting gas to Russia is quite important for Russia. We heard that Russian gas was sort of banned by Europeans."

"The Iranian parliament actually started asking for Iran to unilaterally export gas to Russia and start building more pipes, using the existing pipeline. For me, this is an opportunity for Iran and Russia to come closer and we will come closer because now, more than ever, it is the right time to do so.”