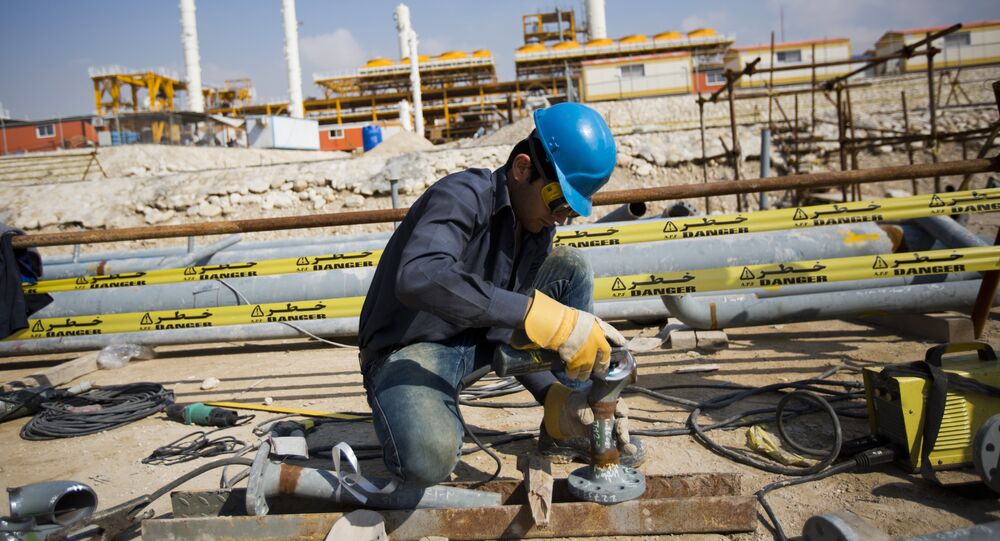 Iran to Export Gas to Europe, Asia After Sanctions End

TEHRAN (Sputnik) — According to BP experts, Iran could become one of the key gas producers in the world as the country's natural gas reserves are estimated at 34 trillion cubic meters, or 18 percent of global total.

"Our government has serious plans to export gas to Europe and Asia," Rouhani said at a news conference at the end of the Gas Exporting Countries Forum (GECF) in Iran.

Iran and the P5+1 group of world powers — including Russia, the United States, China, France and the United Kingdom plus Germany — reached a deal in July to monitor and limit Tehran's nuclear program in exchange for the easing of international sanctions, which opened the way for Tehran to pursue energy projects.

GECF is an international governmental organization of the world’s leading gas producers. The member countries together account for some 67 percent of the world’s proven natural gas reserves.