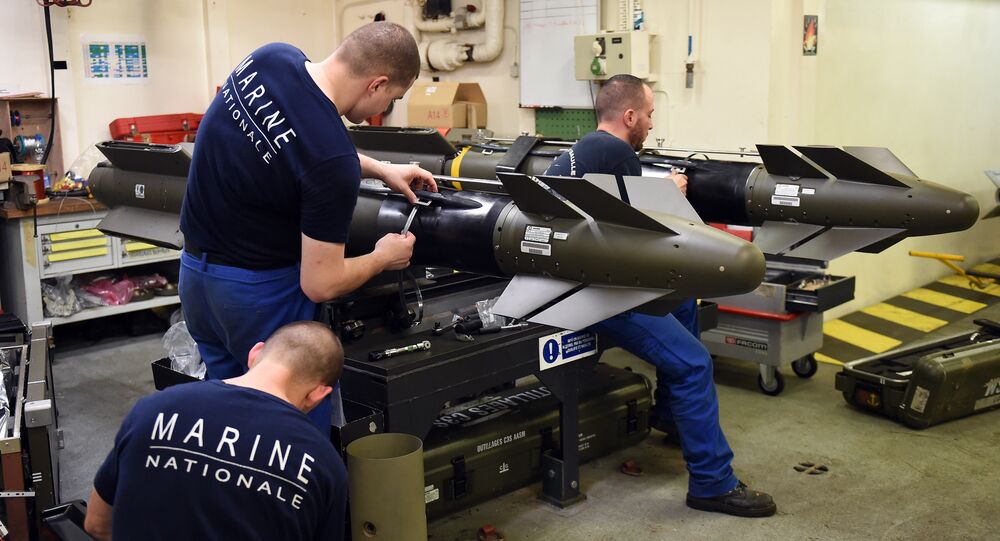 PARIS (Sputnik) – France will use its Charles de Gaulle aircraft carrier to target facilities in Syria that will bring the most damage to the Islamic State terrorist group, French President Francois Hollande said Monday.

“We have decided we will continue strikes and they will be more intense. We will choose targets, the destruction of which will bring the maximum damage to the Islamic State and our aircraft carrier, the Charles de Gaulle, is capable of delivering powerful strikes,” Hollande said after a meeting with British Prime Minister David Cameron.

France's only aircraft carrier, the Charles de Gaulle was deployed in the Mediterranean late Saturday after a November 13 series of terrorist acts in Paris saw 130 killed and over 360 injured.

© AFP 2020 / ANNE-CHRISTINE POUJOULAT
France's Flagship Aircraft Carrier Sets Sights on ISIL From Near Syria
The Islamic State (ISIL) jihadist group has claimed responsibility for the coordinated mass shootings and suicide bombings near a football stadium, in a concert hall and outside several restaurants in Paris.

Hollande imposed a nationwide state of emergency, since extended by French lawmakers. The presumed organizer of the Paris attacks, born in Belgium and suspected of training in Syria, was confirmed killed in an anti-terror raid in the Parisian suburb of Saint-Denis last week.

The UN Security Council voted on Saturday to adopt an anti-terrorism resolution drafted by France to "redouble and coordinate" efforts against the ISIL.

US Responsible for Rise of ISIL Through 'Irresponsible Policies' - Medvedev