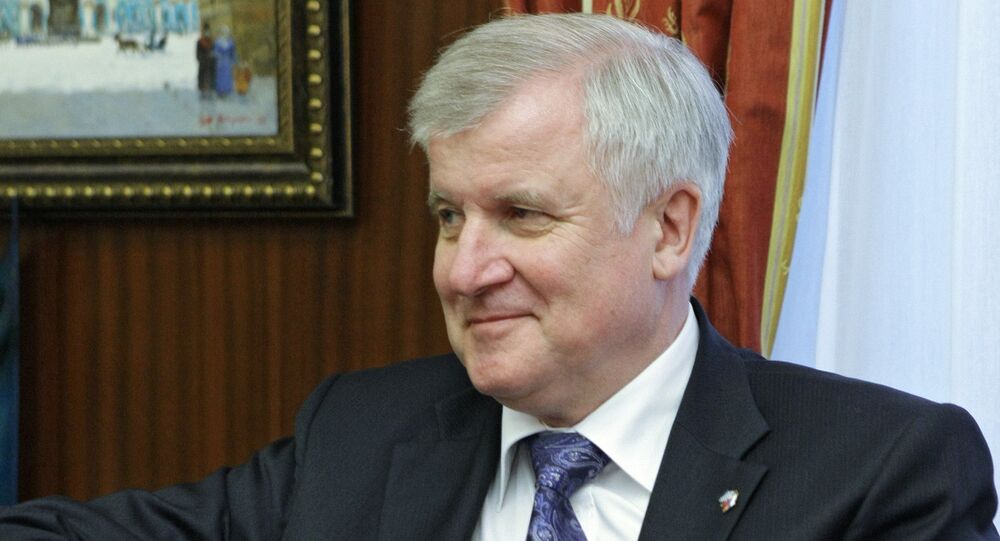 It is impossible to cope with global challenges without Russia, according to Bavarian Prime Minister Horst Seehofer, who is also the leader of Germany's Christian Social Union (CSU).

© AFP 2020 / CHRISTOF STACHE
Over 900,000 Refugees Registered in Germany in 2015
Horst Seehofer, Prime Minister of Bavaria and leader of Germany's Christian Social Union (CSU), believes that it is impossible to grapple with modern-day challenges without Russia's help, RIA Novosti reported.

He made the remarks during the CSU congress which kicked off in the city of Munich on Saturday.

"The truth is that acting without Russia or against it, we cannot resolve the conflicts of our time. We have long adhered to this position," he said.

Additionally, he called for "looking at reality based on a realpolitik stance."

"We will not be able to resolve many [international] hot-button issues without Russia," Seehofer pointed out.

At the same time, he noted that his remarks do not call into question the cooperation between Germany and the United States.

© AP Photo / Kerstin Joensson
Over Half of Germans Disapprove of Merkel's Handling of Migrant Crisis
He added that he plans to meet Russian President Vladimir Putin during his visit to Moscow, which is scheduled for 2016.

Seehofer has repeatedly criticized Merkel in connection with her migration policy.