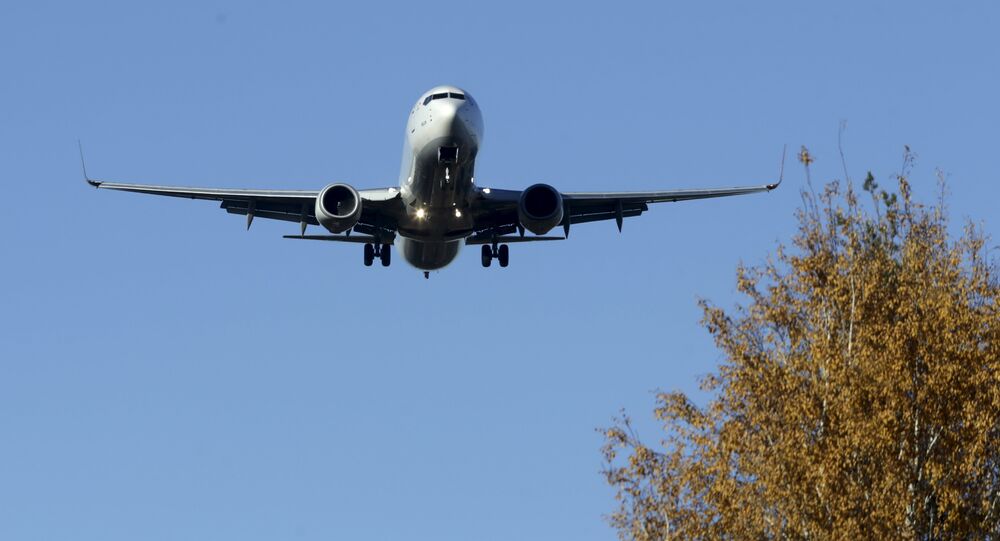 According to Canadian authorities and tracker websites, Turkish Airlines plane was sharply diverted to Canada while flying from New York to Ankara on Sunday over an alleged terror threat.

© Flickr / BriYYZ
US Cargo Plane Makes Emergency Landing in Japan After Fire on Board
MOSCOW (Sputnik) – A Turkish Airlines plane was sharply diverted to Canada while flying from New York to Ankara on Sunday over an alleged terror threat, Canadian authorities and tracker websites said.

"TK2 diverting to Halifax due to a threat made against the aircraft," the flight tracking website Flightradar24 said.

According to East Hants Fire Service Dispatches, the flight was grounded due to a "reported bomb threat."

The authority of the Halifax International Airport (HIAA) did not comment on the reason of the diversion, but admitted that Royal Canadian Mounted Police officers "will be searching the plane and luggage."

RCMP said that a probe into the alleged bomb threat was in its early stages. Police added they were looking to establish the origin of the threat and "identify the person or persons responsible."

The plane landed safely earlier on Sunday, according to HIAA. There were 256 people on board. Passengers and crew members were moved to the terminal building in Halifax, an Atlantic Ocean port in eastern Canada.