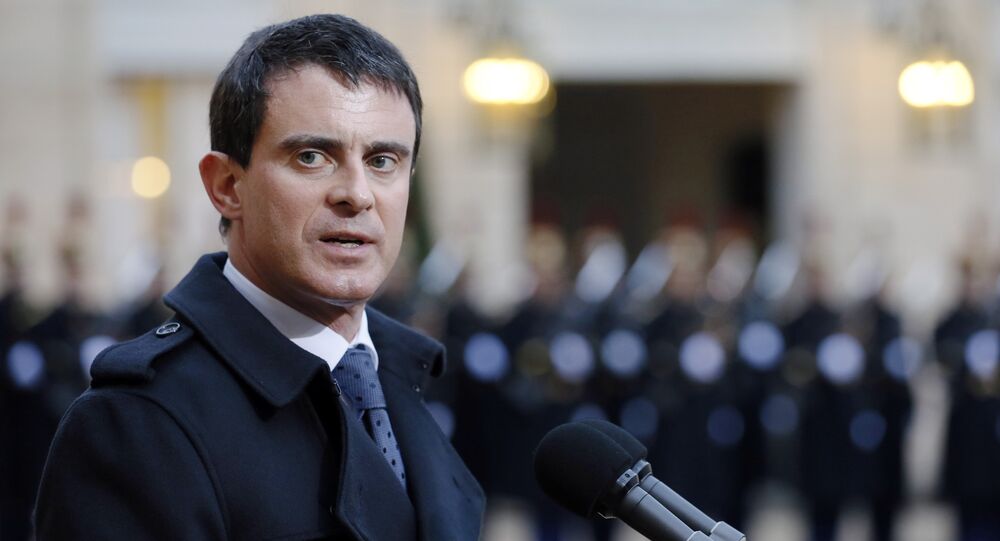 The terrorist attacks in Paris made Moscow and Washington engage in talks on the creation of a broad international coalition to combat the Islamic State jihadist group, French Prime Minister Manuel Valls said Wednesday.

PARIS (Sputnik) — On Monday, French President Francois Hollande called for a broad coalition including the United States and Russia to tackle ISIL group, which claimed responsibility for the Paris attacks. The following day, Russian President Vladimir Putin said Russia and France's navies must develop a joint plan of action for their operations in Syria.

"The attacks in Paris have changed the position of Americans, the position of Russians, allowed to talk about the creation of a broad coalition," Valls said, speaking before the members of the lower house of the French parliament.

At least 129 people were killed and over 350 injured in a series of coordinated suicide bombings and mass shootings in Paris on Friday.

Some 120 Terror Raids Carried Out in France After Paris Attack, 25 Detained