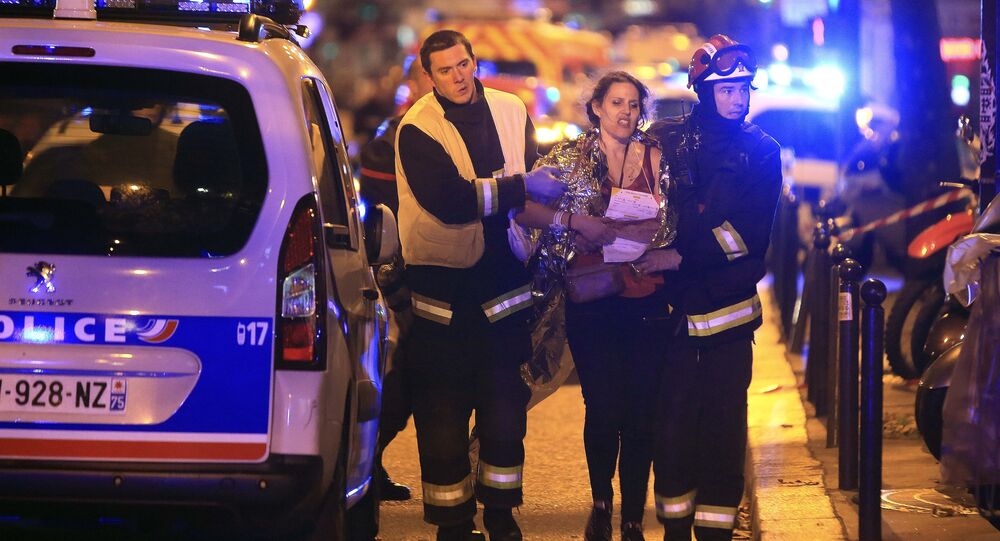 Kazakov noted that the attacks came ahead of France's 2017 presidential elections; he believes they are almost certain to damage President Hollande's approval rating.

"I think that the Paris attacks will have a decisive impact on Hollande's popularity ratings," Kazakov said.

He added that Hollande has no chances as far as the upcoming presidential elections are concerned.

"The current situation in France plays into the hand of Marine Le Pen, whose approval ratings will undoubtedly increase in the coming months," Kazakov pointed out.

He suggested that the forthcoming presidential elections will center around Le Pen's competition with former French President Nicolas Sarkozy, not Hollande.

© AP Photo / Lefteris Pitarakis
Obama Late for ‘Moment of Silence’ for Paris Attacks at G20 Summit
Meanwhile, French Prime Minister Manuel Valls has said that the operation aimed at detaining the terrorists is under way and that more than 150 searches took place across France in connection with the Paris terrorist attacks.

On Friday night, eight extremists wearing explosive belts attacked several venues across Paris, killing at least 132 people at restaurants, the Bataclan concert hall and in the vicinity of the Stade de France stadium.