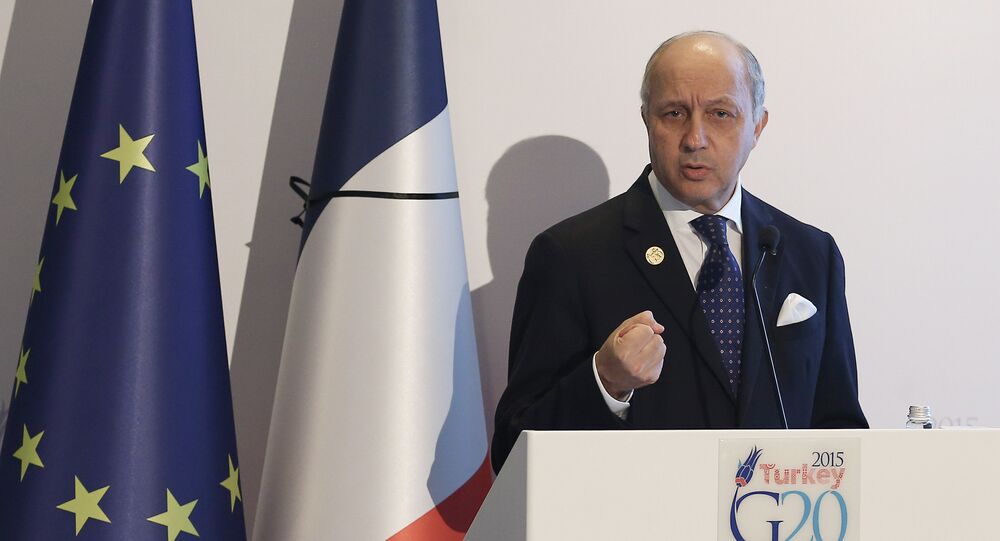 The deadly terror attacks in the French capital were attacks against universal values, as well as against the international community, French Foreign Minister Laurent Fabius said Monday.

© Sputnik / Andrey Stenin
Paris Attacks Prompt West to Rethink Anti-ISIL Cooperation With Russia
ANTALYA (Turkey), (Sputnik) — "These attacks were aimed not only at France — they were aimed at all of us, at our values, that's why we would be decisive in our response to these attacks," Fabius said at a press conference.

Earlier in the day, Fabius held a meeting with the leaders of the United States, the United Kingdom, Italy and Germany on the sidelines of the G20 Summit in the Turkish resort of Antalya. They discussed significant issues of the world agenda, including the recent wave of deadly terror attacks in Paris, the sides decided to enhance counter-terrorist actions.

Late on Friday, extremists launched a series of coordinated attacks across Paris, killing some 130 people and injuring over 350 at several locations, including restaurants, the Bataclan concert hall and in the vicinity of the Stade de France stadium. The Islamic State militant group claimed responsibility for the attacks.