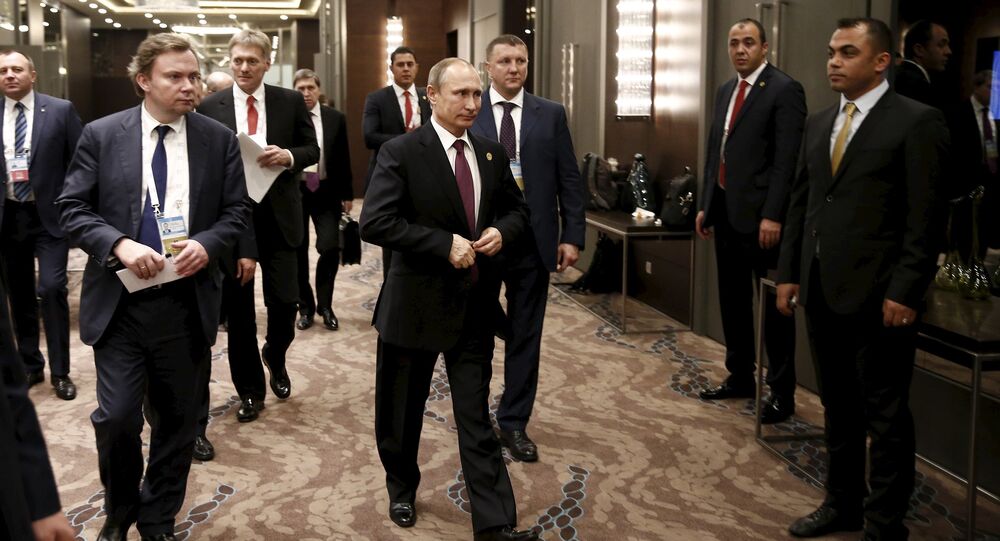 The preliminary results of the G20 summit in Antalya clearly show that Russia’s stance on key issues can’t be disregarded.

© AFP 2020 / POOL/KAYHAN OZER
G20 Vows Boosting Cooperation to Combat Terrorism Financing
Earlier Russia’s President Vladimir Putin held several bilateral meetings within the summit’s framework, including a private conversation with the US President Barack Obama.
As the G20 summit progresses into its second day, it has already became clear that the world is paying attention to  Russia’s opinion, Marine Voskanyan, a political scientist at the Institute of Dynamic Conservatism, told Sputnik.

"The very fact that Putin and Obama had a meeting shows that Russia is not isolated, that key world issues cannot be resolved without Russia," Voskanyan said. "All this talk about Russia being a threat to world peace is a thing of the past. Obama doesn’t appear to be interested in worsening US relations with Russia."

On the first day of the summit, the world leaders extensively discussed global security and the threat of terrorism. Despite the fact that no specific decisions were made as a result of these talks, Voskanyan believes that the politicians can still come up with some constructive proposals.

© AP Photo / Pablo Martinez Monsivais
G20 Urges US to Hastily Ratify IMF Reforms - Communique
"The terrorist attacks in Paris occurred almost on the eve of the summit and thus have drastically affected its agenda. Instead the economic, social and environmental issues that are usually discussed at this forum were suddenly eclipsed by the matters of global security, and the attending dignitaries weren’t prepared for that," Voskanyan said. "No one can draft some concrete, practical proposals in one day. The European foreign ministers will most likely try and come up with some kinds of solutions during a meeting scheduled later this week."

Another issue that was discussed today at the G20 summit was the financial reform of the IMF.

"The BRICS group which is a part of G20 pointed out on numerous occasions that its members are sorely disappointed because of how slow this reform is progressing," Voskanyan observed. “The problem is the US’ stance on the issue. During her meeting with Vladimir Putin, IMF chief Christine Lagarde made it clear that her agency wants to complete this reform but didn’t provide any specifics about how long it would take."