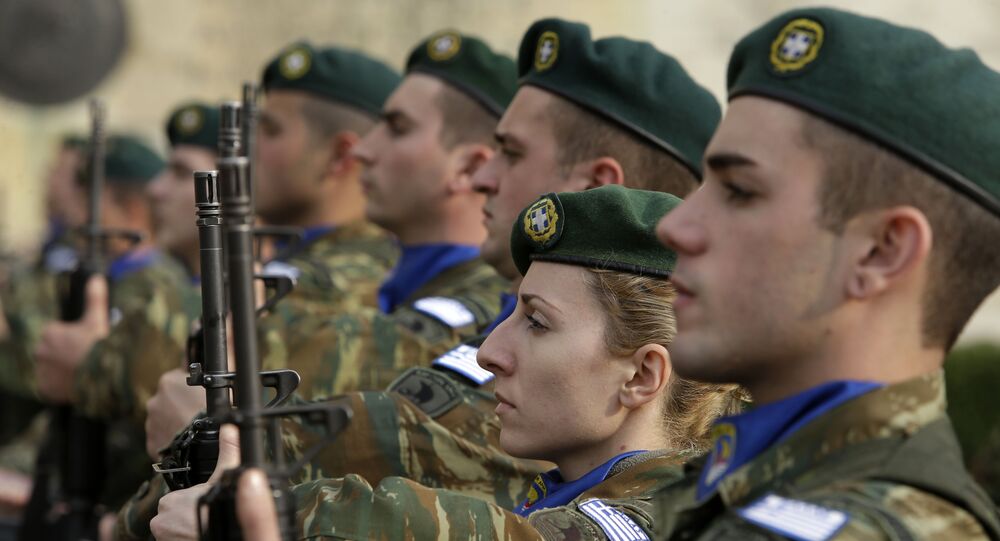 Greek Alternate Minister of National Defense Dimitris Vitsas said that Athens will not take part in military operations against the Islamic State (ISIL) in Syria.

MOSCOW (Sputnik) — Greece is ruling out the possibility of taking part in military operations against the Islamic State (ISIL) in Syria, Greek Alternate Minister of National Defense Dimitris Vitsas said on Monday.

"I do not think anyone can force us. Greece plays a different role. We want a decision that will include an element of political stability in Syria," Vitsas said.

The announcement comes just days after multiple coordinated terrorist attacks across Paris that left over a hundred people dead. The ISIL has claimed responsibility for the atrocities.

The Islamic State positions in Syria ans Iraq have been targeted of air strikes by a United States-led coalition since 2014. The military campaign has not been approved by the UN Security Council or Damascus.

Russia has been conducting precise air strikes against ISIL and Jabhat al-Nusra targets since 30 September 2015 at the request of the Syrian government.