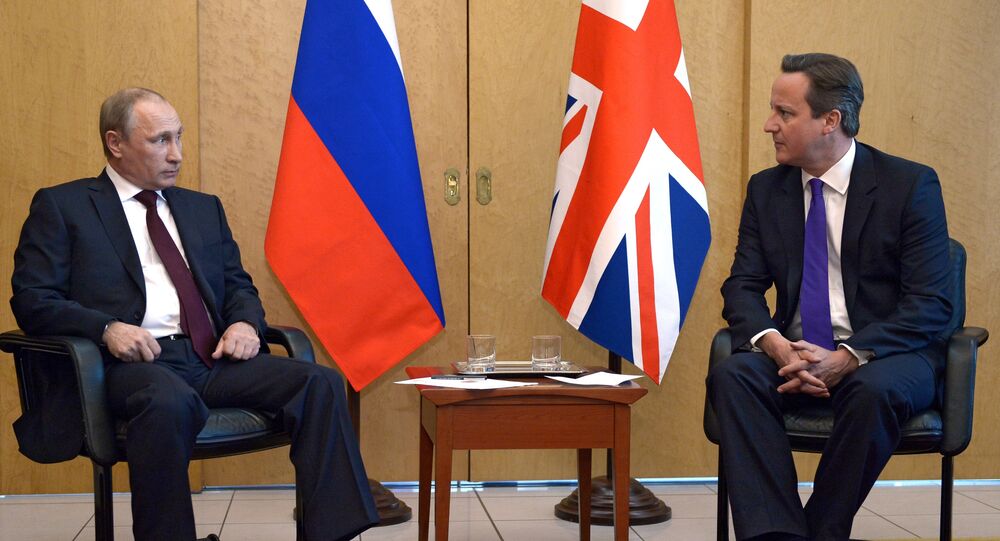 Putin, Cameron Stress Cooperation in Fight Against IS Only Option

According to Kremlin spokesman Dmitry Peskov, Vladimir Putin and David Cameron agreed on the need for multilateral cooperation in the global fight against terrorism.

MOSCOW (Sputnik) — Russian President Vladimir Putin and British Prime Minister David Cameron agreed that there is no alternative to cooperation in the global fight against terrorism and the specific fight against the Islamic State (IS) jihadist group, during their meeting on the sidelines of the G20 Summit in Turkey, Kremlin spokesman Dmitry Peskov said Monday.

© AFP 2020 / RUSSIAN PRESIDENTIAL PRESS OFFICE
US, Russia Share Anti-Terror Goals, Differ on Tactics – Putin’s Aide
He added that the sides discussed primarily the situation in Syria, while the reconciliation process in Ukraine and current relations between the European Union and Russia in terms of the Ukraine-EU association agreement were touched upon as well.

Peskov pointed out that the politicians had not discussed British participation in the fight against IS in Syria.

Terrorist Involved in Paris Attacks Was Previously Charged by Interpol

Putin, Cameron Call to Join Efforts in Fight Against Terrorism