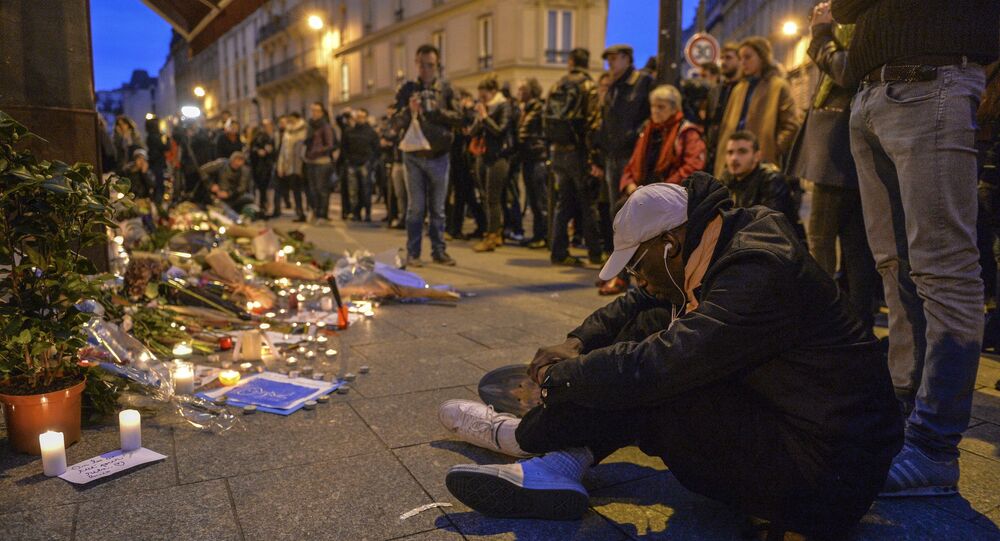 Anti-Social Networking: How Jihadists Use the Internet To Spread Terror

Journalist Vladimir Koryagin took a look at some of the ways Islamic militants use the internet to communicate with each other, and orchestrate terrorist attacks such as the one in Paris on Friday.

© REUTERS / Yves Herman
More Murderers Than Martyrs: Three Paris Terrorists Identified
The Paris terror attacks are the latest testament to the use of social networks as "the main instrument for terrorists of coordination and making statements," wrote Vladimir Koryagin in Lenta.ru, describing some of the most popular methods they use to swap information.

Jihadists took to social networks, particularly Twitter, on Friday to express their delight about the attacks, using hashtags like #ParisIsBurning, the search for which was quickly blocked by the site's admins.

"Over the course of several months jihadists from the Islamic State moved over to Telegram, where there is a mass of secure ways for them to exchange information and coordinate their actions," wrote Koryagin, who reports that jihadists have more than 30 channels on Telegram.

© AFP 2021 / DOMINIQUE FAGET
#NotInMyName – Muslims Use Social Networks to Condemn Terror
The channels are used to transmit audio recordings and messages in many different languages, including Arabic, French, German, Russian, and Turkish; one of the most popular English language channels has more than 10,500 followers.

Telegram was founded by Pavel Durov, who launched the VKontakte social network in 2006. In September Durov was asked by TechCrunch at a conference in San Francisco, "Do you sleep well at night knowing that terrorists use your platform?"

"That’s a very good question but I think that privacy, ultimately, and our right for privacy is more important than our fear of bad things happening, like terrorism," said Durov, stating his belief that "ultimately ISIS will always find a way to communicate within themselves."

Koryagin writes that following the Paris attacks on November 13, messages on Telegram began appearing the next day, some of which declared that "November 13 will become France's September 11," and promised that their next attack will target Rome, London and Washington.

As well as messenger services, jihadists also use file-sharing resources such as justpaste.it and archive.org, to share material; the latter was banned in Russia in June for containing a webpage with links to videos about jihad in Syria.

The material posted by Islamic militants is comprised mainly of videos, as well as audio recordings of vocal chants in a range of languages in praise of jihad. A glossy digital magazine called 'Dabiq' appeared in June 2014, the same time as the Islamic State announced its caliphate in Iraq and Syria, and has already seen 11 issues.

The magazine, also banned in Russia, contains jihadist propaganda, interviews with militants and their captives, and even adverts offering the sale of hostages. Its pages are also filled with information released by the Islamic State's 'al-Hayat Media Center,' which publishes jihadist news in several languages.