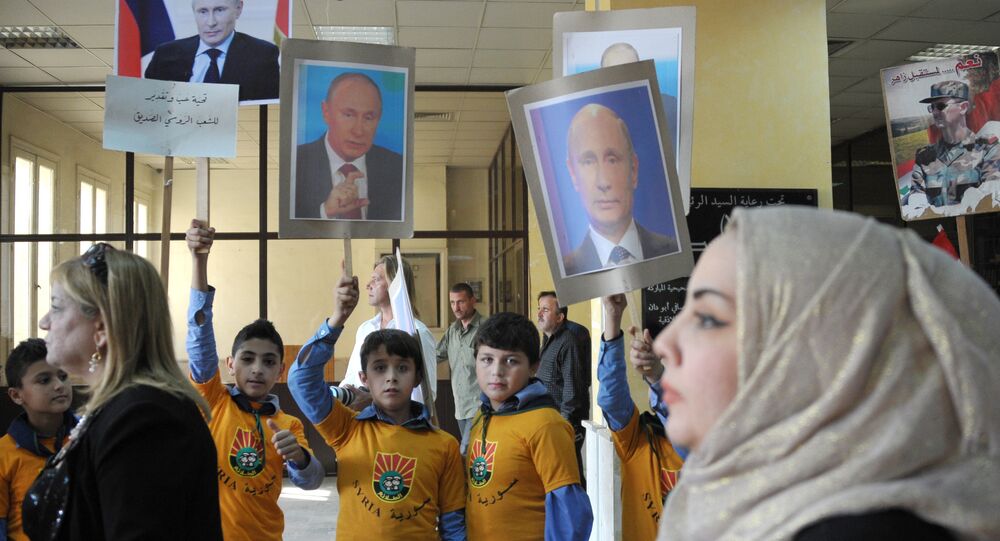 From Now On Russia Will Prevail in Talks on Syria

Russia’s air campaign against ISIL in Syria has considerably strengthened its position in talks on Syria, be it in negotiations among foreign ministers in Vienna or at the G-20 Summit in Antalya, and Moscow will use this as a tool to prevail, according to the German newspaper Die Welt.

The confidence will be gained from the success of Russia’s air campaign against the Islamic State, which has “fundamentally changed the situation there on the ground”.

The settling of the Syrian crisis is a difficult process, the newspaper says, but it is an opportunity for Russia to play a constructive role.

The outcome of the foreign ministers' talks in Vienna now suggests that the Syrian government and the opposition should agree within six months on the establishment of a 'national unity' government.

"We would like the Syrian delegations, having started such negotiations, to agree on a union government within six months — a kind of national unity government that will address current issues," the Russian foreign minister said following the talks.

© AFP 2021 / POOL / LEONHARD FOEGER
Paris Attacks Highlight the Need for Unified Anti-Islamic State Coalition
The transition plan also suggests that the unity government will draft a new constitution and in 18 months there should be free elections under the new constitution, which will be administered by the UN.

However, there are some certain hurdles to the process, the newspaper says.

First, it is the composition of the opposition delegation. Opponents to Syria's current government come from many different groups. They had to agree on which representatives should participate in the negotiations.

On the other hand, there is the question of which militias should be accepted as negotiating partners and who must be classified and excluded as terrorist.

© AFP 2021 / Fayez Nureldine
UK Remains Opposed to Assad Playing Part in Syria's Future - Hammond
Another issue is how to set up voting in the war-torn country, which millions have fled.

The fate of President Assad also remains an important issue.

The position of Russia and Iran, which insist that President Assad should not resign and suggest that he could take part in the future presidential elections, differs from that of Saudi Arabia and Turkey, which demand that he should go, albeit not immediately.

The US also wants Assad to resign; however, US officials say he could stay in power during a transitional period.

Talks Between Syrian Gov't, Opposition Must Take Place by Year-End