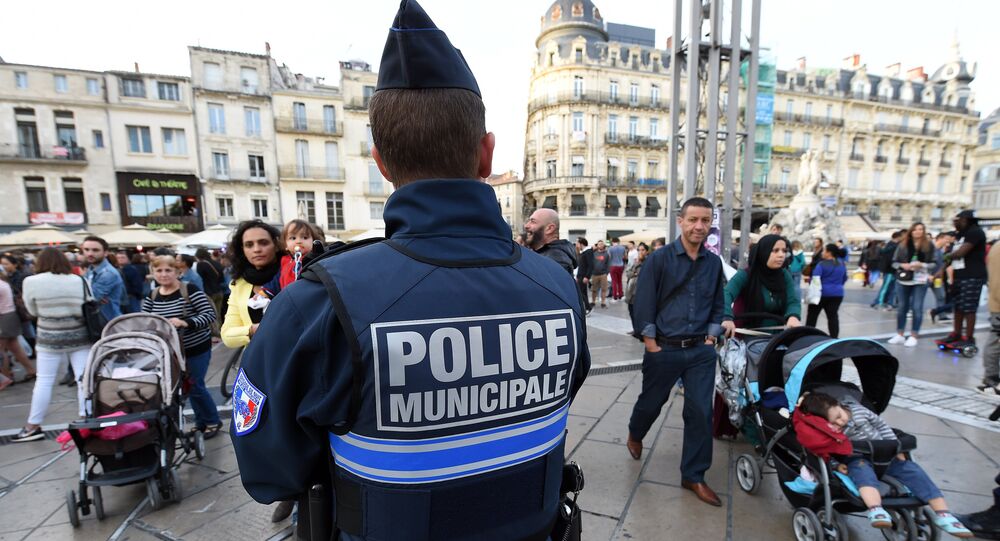 France may send its "expeditionary force" to Syria in order to retaliate against ISIL, according to the US-based intelligence firm Stratfor; the group has claimed responsibility for Friday's terrorist attacks in Paris, which claimed at least 129 lives.

© AFP 2021 / ALAIN JOCARD
Will France Turn to NATO for Help in Responding to Terror Attacks?
Analysts from the private intelligence company Stratfor believe that France may send its "expeditionary force" to Syria or Iraq in response to the deadly Paris attacks that rocked the French capital on Friday night.

They claimed that France has a whole array of options for retaliation "at its disposal", but that the country's response will depend on "who was ultimately responsible" for the Friday attacks.

"If it is found that the Islamic State core group was indeed behind the November 13 attack, France will likely ramp up its Syrian air operations," Stratfor said.

At the same time, Stratfor analysts recalled that "the skies over Syria are already congested with coalition and Russian aircraft," which is why France may intensify its military operation against the Islamic State group in Iraq or other countries, including in Libya, according to Stratfor.

© AFP 2021 / Justin Tallis
London's iconic Tower Bridge, illuminated in blue, white and red lights, resembling the colours of the French national flag, in London on November 14, 2015, as Britons express their solidarity with France following a spate of coordinated attacks that left 129 dead in Paris on November 13.

In light of this, Stratfor analysts predicted that France may increase its programs to train and support anti-Islamic State forces in Iraq and Syria, or even to carry out "commando strikes against key leadership nodes."

"France also has the option of deploying an expeditionary force like it did in the Sahel [region of Africa], although that would probably require outside airlift capacity from NATO allies, especially the United States," Stratfor pointed out.

Meanwhile, media reports have said that the names of at least three suicide bombers involved in the Paris attacks have already been revealed.

They include 29-year-old French national Omar Ismail Mostefai, 25-year-old Ahmed Almuhamed and another man, born in 1990 and identified only as Abbdulakbak B.

US Citizens Among Injured in Paris Terror Attacks - State Department