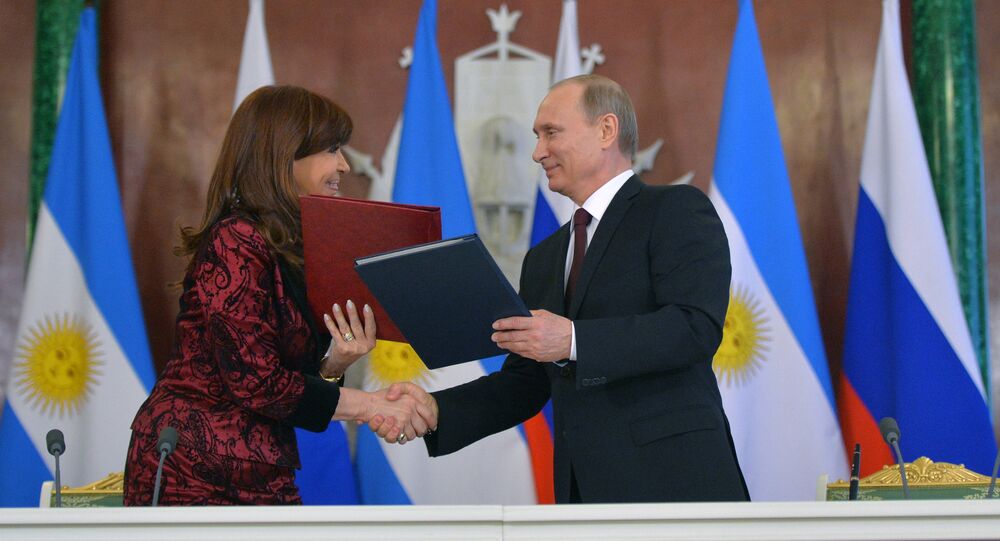 Argentina has great interest in deepening cooperation and strengthening its ties with Russia.

BUENOS AIRES (Sputnik) – Argentina has great interest in deepening cooperation and strengthening its ties with Russia, Matias Garcia Tunon, a coordinator of the Russian-Argentine Commission on Trade, told Sputnik.

On Thursday, Valentina Matvienko met with Argentine President Cristina Fernandez de Kirchner in Buenos Aires. The two discussed development of the economic ties, as well as broadening cooperation in the nuclear energy and space spheres.

According to Garcia Tunon, Matvienko’s visit "occurs in the context of good relations and rapprochement of Russia with the region."

In April, Kirchner met with Russian President Vladimir Putin in Moscow. The sides signed several cooperation deals and confirmed that bilateral ties between Moscow and Buenos Aires were strengthening.