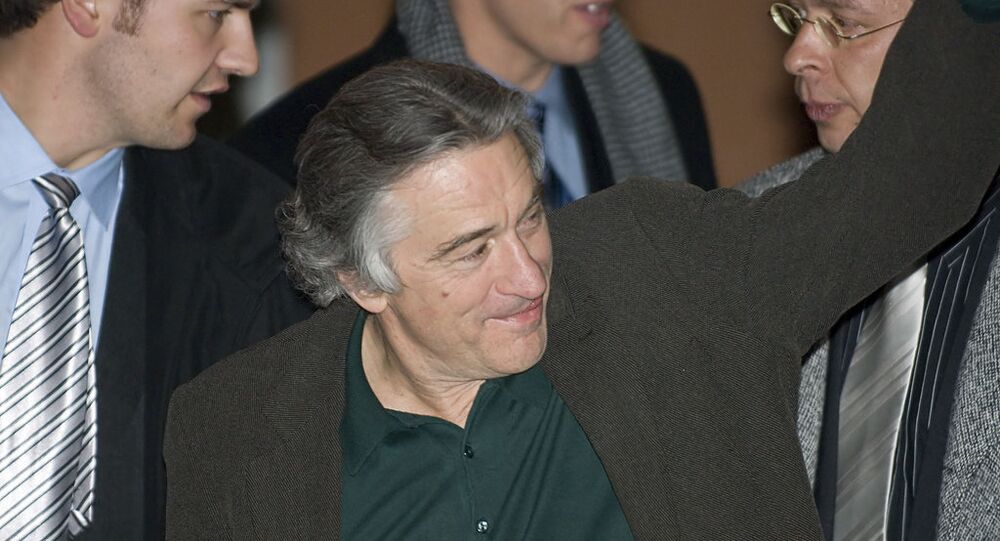 Famed Hollywood star Robert De Niro revealed he may consider applying for Russian citizenship at the opening of a restaurant he co-owns at a Moscow mall, the shopping center’s press service announced Monday.

© Sputnik / Aleksey Nikolskyi
Putin Grants Russian Citizenship to American Boxer Roy Jones Jr.
Co-owner of the famous Nobu chain of restaurants, De Niro opened the first Moscow location back in 2009. This year he teamed up with Japanese chef Nobu Matsuhisa once again to launch another restaurant of the same brand in the Russian capital.

The actor told reporters he was fond of Russian cuisine, and also called for cooperation between Moscow and Washington to "put an end to all disagreements."

When asked whether he would follow the example of boxer Roy Jones and apply for Russian citizenship, the star noted that he would probably consider it, as you never know what the future brings, but it was too early to make such predictions.

The new Nobu spot at Moscow's Crocus City Mall consists of a main hall for 70 guests on the first floor, a hall for 120 guests with a panoramic view on the second floor, a bar, a lounge and a sushi bar. The restaurant's international staff includes French chef Damien Duviau, Japanese sushi chef Sohta Fujimori and pastry chef Stewart Bell, who have already worked in other restaurants within the Nobu empire.

In Search of a Better Future, Latvians Choosing Russian Citizenship