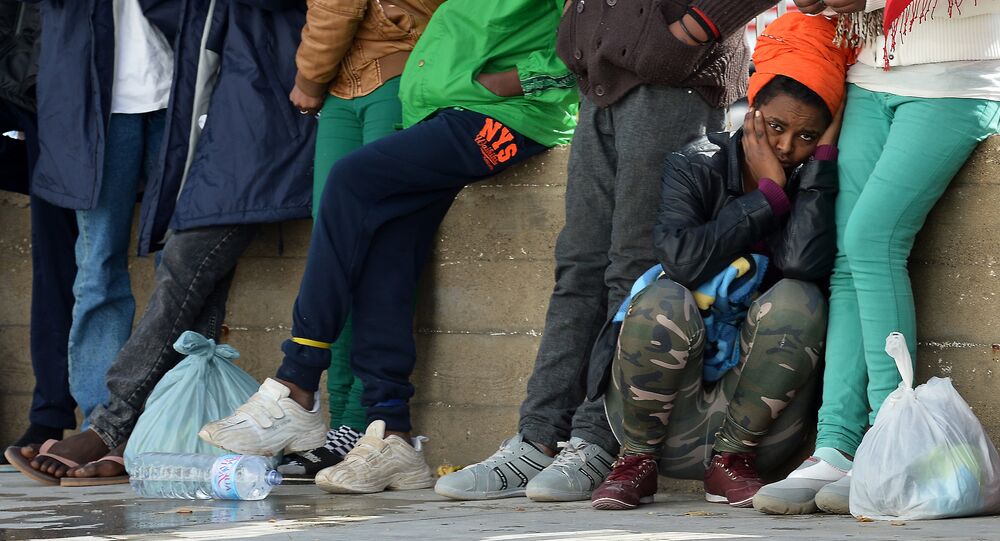 No Place Like Home? EU Offers Africa $2 Bln to Take Back Migrants

The European Union is reportedly developing a "radical plan" to send some of the African refugees who have made their way to Europe back home.

© REUTERS / Michaela Rehle
German Labor Minister Hopes Migrants May Boost Economic Growth
About two billion dollars may be allocated for the implementation of the EU's "radical plan" to return at least some of the 800,000 refugees from African countries who have fled to Europe. Talks revolving around the implementation of the idea are expected to dominate a meeting between EU and African leaders in Malta this week, according to the Wall Street Journal.

The EU is considering the establishment of a special foundation to render financial assistance to Sudan, Kenya, Uganda and Ethiopia, among other countries. This cash would be offered in exchange for promises to take back the unwelcome guests. This is a sore spot for many African governments, whose economies benefit from large-scale remittances from foreign workers.

In addition to the subsidies, the EU also reportedly plans to simplify visa requirements for students, doctors and entrepreneurs from African countries, as well as help them with education and employment in Europe.

Nigel Faraj, leader of the UK Independence Party, has meanwhile warned against clinching such an agreement, which he said will be tantamount to madness.

"The EU offers to stop illegal migration from Africa by means of its legalization. This is madness," he said.

© REUTERS / Adam Ihse/TT News Agency
Sweden Can't Provide Beds for All Migrants, Urges Refugees to Stay in Germany
Although Britain remains outside the Schengen visa-free area which unites much of the continental EU, London fears that the "legalization" of refugees could once again inflame tensions as thousands of migrants seek entry to the UK near the French terminus of the Channel Tunnel to England.

Earlier this year, a large number of refugees repeatedly tried to move to the UK via the tunnel, costing the lives of some migrants and leading to train traffic disruptions.