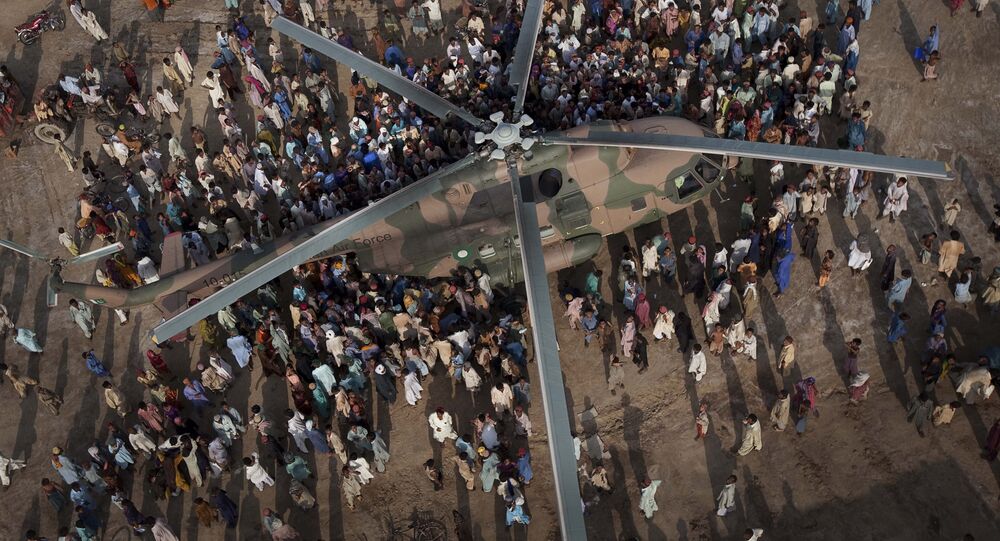 Head of Rostec's International Cooperation Department Viktor Kladov said that Moscow and Islamabad are holding negotiations on creating a Russian technical service center in Pakistan, which would maintain and repair helicopters.

DUBAI (Sputnik) — Russia and Pakistan are negotiating over the creation of a service center for helicopters in Pakistan, head of Rostec's International Cooperation Department Viktor Kladov said Sunday.

© Sputnik / Kirill Kallinikov
Russia-Pakistan Mi-35 Contract Could be Expanded
"There is a huge number of Russian helicopters in Pakistan. We are currently holding negotiations. It is about creating a technical service center, which would maintain and repair helicopters," Kladov said.