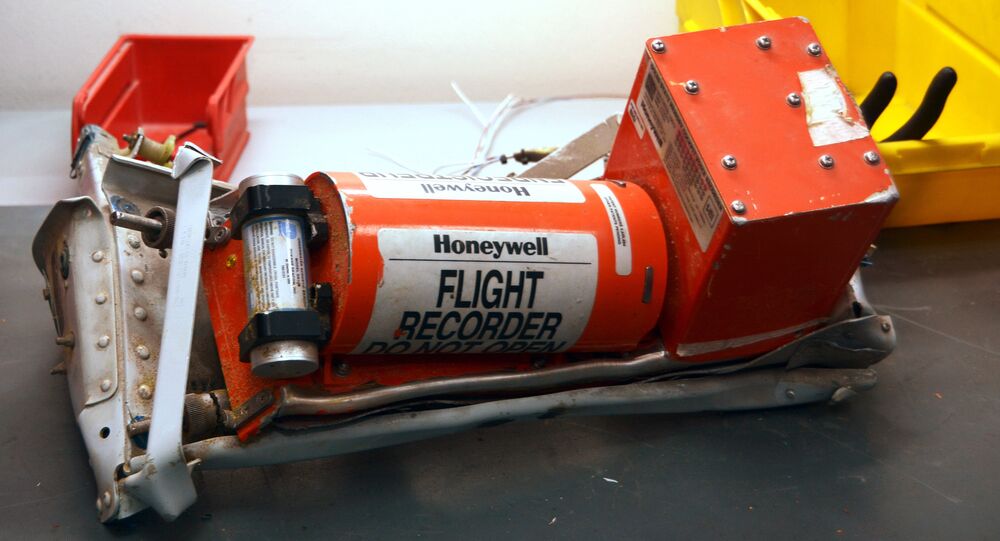 The Moscow-based Interstate Aviation Committee said that investigators have completed the preliminary analysis of data from the black boxes that were abroad the crashed Russian airliner Airbus 321.

A321 Crash: The Riddle of The Deadly Sinai Skies
MOSCOW (Sputnik) — Investigators have completed the preliminary analysis of data from the black boxes that were abroad the crashed Russian airliner Airbus 321 when it came down in Egypt last week, the Moscow-based Interstate Aviation Committee (MAK) said early Sunday.

"The investigative committee has concluded the preliminary analysis of copied and deciphered data from the Flight Data Recorder (FDR) and the Cockpit Voice Recorder (CVR). There has already been a preliminary audition of the CVR recording," the airline regulator said on its website.

The voice recorder was previously reported to have been damaged, with the Egyptian aviation authority warning its recording would be hard to analyze.

"The flight data recorder stopped recording at the height of 9,400 meters. The flight was normal up until that point, there is no information that the plane’s systems or devices failed," the airline regulator said.

MAK said that investigators were still gathering debris and analyzing fragments of the ill-fated plane at the Egyptian crash site. The debris is strewn over an area of more than 8 miles, it said.

Alexander Neradko, who heads the Russian flight safety watchdog Rosaviatsia, said the next day after the plane crash there were signs that the Airbus A321 had broken up at a high altitude.

Moscow has not officially confirmed this, saying it is too early to draw conclusions before the official investigation is over.

A321 Flight Recorder's Data Not Confirming On Board Terrorist Attack

Russia Denies Media Reports of Explosion Prior to A321 Crash - Source