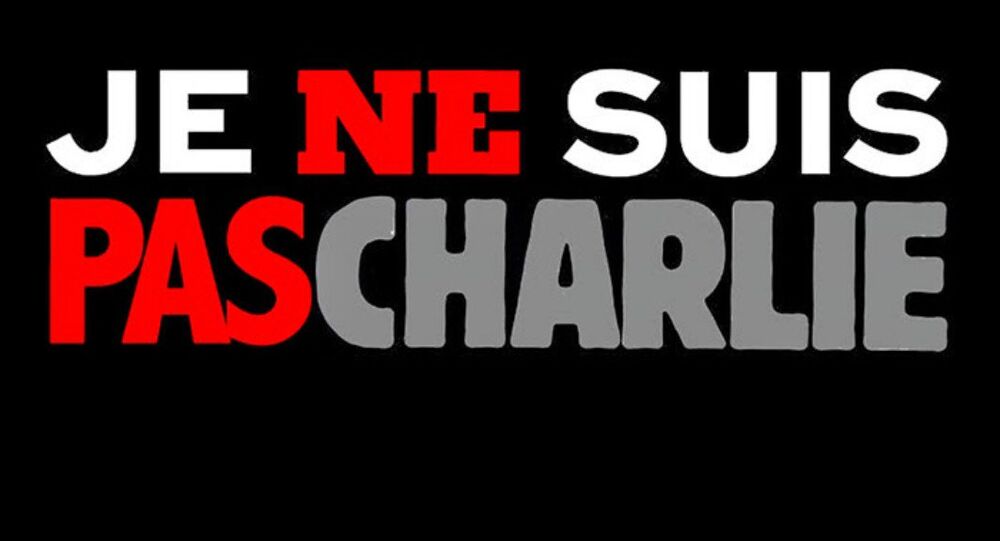 Cynical cartoons published by French satirical magazine Charlie Hebdo of the Russian plane crash in Egypt have sparked a hashtag campaign #JeNeSuisPasCharlie (I am Not Charlie), in opposition to the original show of empathy to those killed in the January attack in Paris, this time lashing out at the outrageous mocking of the aircraft tragedy.

The Internet has given its verdict on Charlie Hebdo's insulting cartoons on Russian air crash in Egypt, which took the lives of 224 people: 217 passengers and 7 crew members.

Out of the 217 passengers, 138 were women, 62 men and 17 children. The tragedy has become the deadliest in Russian history, a fact ignored by the journalists in their search to seemingly provoke outrage at every opportunity.

Just 11 months ago, in January 2015, the office of the magazine came under attack by Islamist gunmen who killed 12 people and wounded 11 after it published cartoons of the Prophet Muhammad.

The Internet then united under the 'JeSuisCharlie' (I am Charlie) hashtag campaign to show empathy with those killed in the attack.

Many of those who then supported the journalists in their tragedy are now in shock at how cynically the magazine has treated Russia's disaster.

Here are just some of the comments.

“Insane cynicism, mockery of the memories of the victims of a horrific tragedy.”

“Everything has its limits”.

“Those underjournalists simply don’t have any decency. Join the #JeNeSuisPasCharlie campaign! We are against such “freedom of speech!”

“I was sincerely sorry for the journalists who died then in Paris, now I can only say #JeNeSuisPasCharlie”.