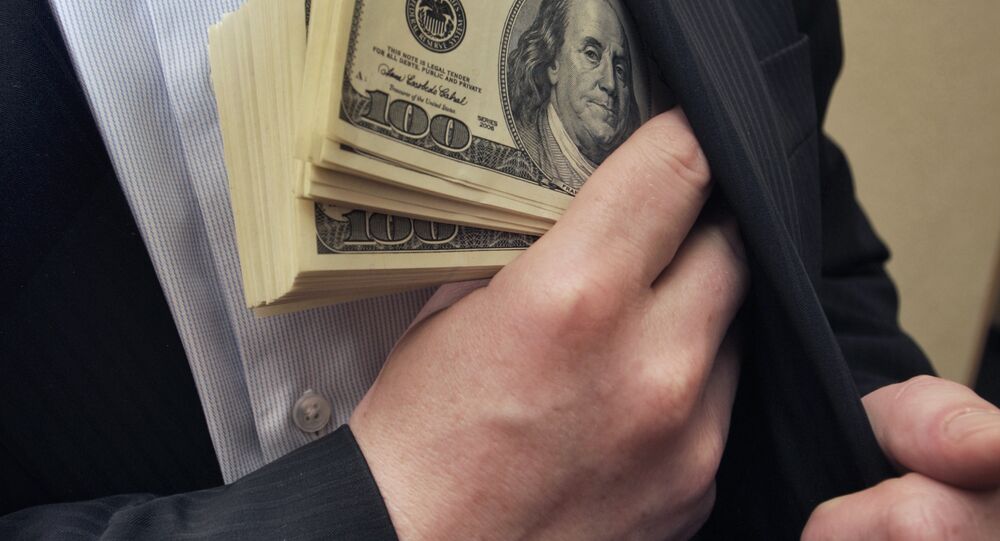 "Sports federations are particularly prone to corruption," Transparency International’s Miklos Marschall, who attended the sixth Conference of the States Parties to the UN Convention against Corruption underway in Russia’s St. Petersburg, said. "There is virtually no oversight and they are often run by people who have been in office for decades. This encourages crony networks."

He added that corruption in sport has been fueled by the advent of global television rights that generated huge amounts of money in fees.

To address corruption across all spheres of government, more than 170 countries have signed the UN Convention against Corruption (UNCAC), the first ever global document of its kind.

This year’s meeting of UNCAC signatories to assess the implementation of the Convention is taking place in the Russian city of St. Petersburg.

Miklos Marschall, who attended the sixth Conference of the States Parties to the UN Convention against Corruption underway in Russia’s St. Petersburg, said that "dirty money" circulated around the world and some of it would end up financing terrorism.

"The only antidote to this is greater transparency and the willingness of countries and institutions to enforce the proper checks on where the money is coming from," he said.

The UN Office on Drugs and Crime estimates that the Afghan-based Taliban militant group obtains some $200 million a year through corruption schemes.

It is for this reason that Transparency International, the de facto secretariat for the coalition of 300 nonprofits promoting the UN Convention against Corruption (UNCAC), has been advocating the introduction of public registers of who really owns the assets in shell companies, near-defunct firms used by thriving companies to hide money offshore.

Civil society organizations find it increasingly difficult to operate around the world due to the tightening grip of authorities, the deputy managing director of Transparency International, a global anti-corruption movement, told Sputnik.

"We are very concerned about the shrinking space for civil society organisations around the world and that includes anti-corruption organisations," Miklos Marschall, who attended the sixth Conference of the States Parties to the UN Convention against Corruption underway in Russia’s St. Petersburg, said.

Over 90 countries, including China, Hungary, Zimbabwe, Kuwait, Cameroon and Russia, have introduced measures to limit the work of civil society, he added.

In 2012, the Russian parliament adopted a law requiring NGOs that are engaged in political activities and that receive funding from abroad to register as "foreign agents" and to label all their publications as such.

The United States, in particular, has been worried by the law that designated several US-based foundations as "foreign agents," including the controversial National Endowment for Democracy, which is funded primarily through annual grants from the US Congress.

Russian President Vladimir Putin said it that the 2012 law was needed to limit direct and indirect foreign interference and lobbying in the country. The Russian Prosecutor General’s Office said that the legislation conceived to protect the country's constitutional framework and political decision-making from foreign influence.