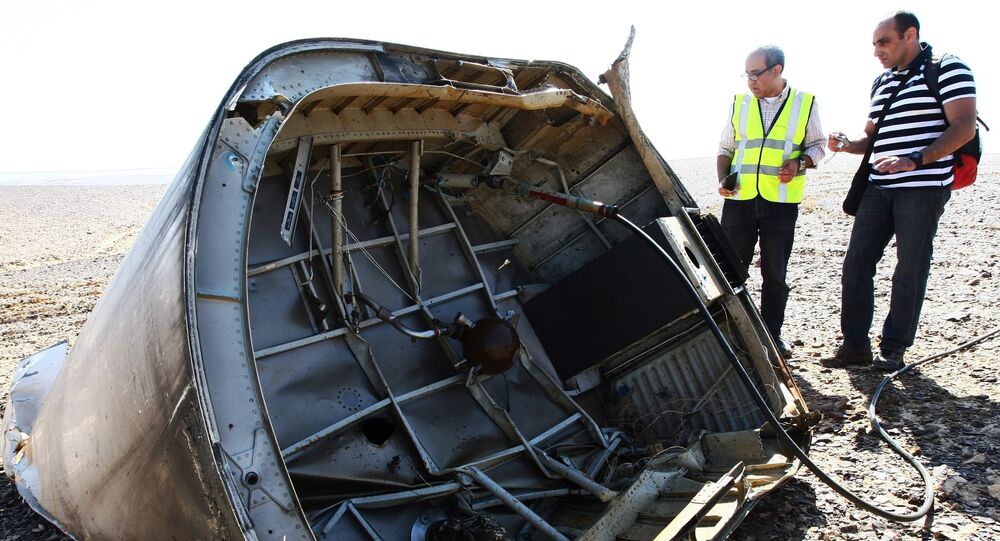 In its latest issue, the French magazine published two caricatures of the A321 tragedy, one of which compared Saturday’s air crash in Egypt to Russia’s military operation targeting terrorist positions in Syria.

"The magazine’s staff is long past the line that separates free journalism and freedom of speech from vulgarity, cynicism and criminal provocation," the union’s secretary Timur Shafir told RIA Novosti.

© REUTERS / Mohamed Abd El Ghany
Sick Joke? Charlie Hebdo Mocks Russian Plane Crash in Egypt
The French outlet, known for its bluntly provocative caricatures, became the target of two radical Muslim gunmen who stormed Charlie Hebdo's Paris office in January 2015 and gunned down ten journalists, including the editor, as well as two police officers. The attack was allegedly motivated by the publication of cartoons of the Prophet Mohammad by the magazine.

Despite the brutal shooting, Charlie Hebdo continues to publish controversial cartoons, including those depicting the vanished Malaysian Flight MH370 and a drowned Syrian toddler whose body was washed up on a Turkish beach after the migrant boat he and his family were fleeing in capsized on its way to Greece.