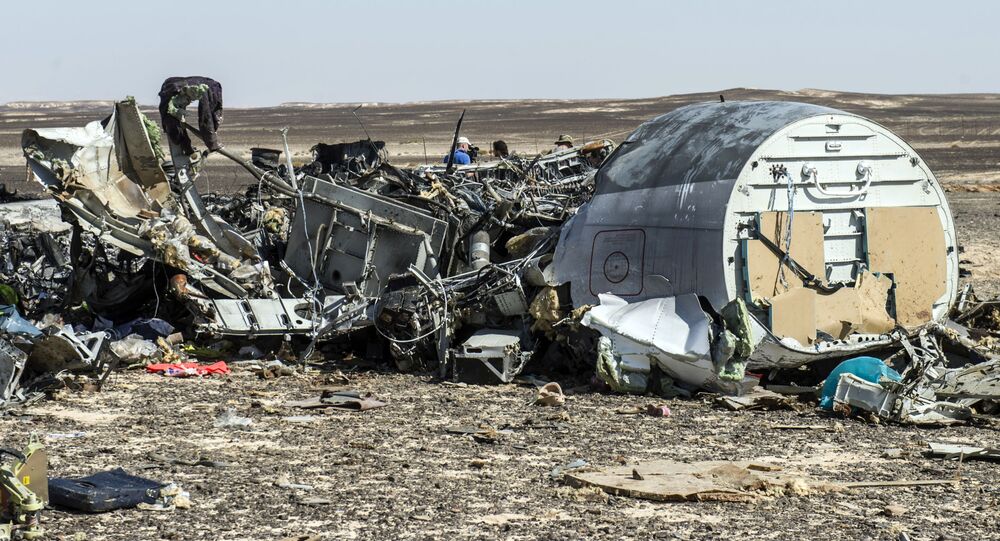 Airbus will assist the inquiry into the crash of its A-321 model over Egypt’s Sinai Peninsula to find out the reasons behind the accident, the company's spokeswoman told Sputnik Monday.

MOSCOW (Sputnik) — A Russian Kogalymavia Airbus A-321 passenger airliner, with 217 passengers and seven crew members on board, crashed in the Sinai Peninsula in Egypt on Saturday, leaving no survivors.

"We are now aiming to provide technical support to make the results of the inquiry available as soon as possible," the spokeswoman said.

© REUTERS / Kim Philipp Piskol
Airbus Share Price Decreases by 2% After Russian A321 Plane Crash in Egypt
She added that "until the information on the reasons of the catastrophe is officially published, all other information is a sort of speculation."

At the same time, the International Air Transport Association which represents some 260 airlines worldwide told Sputnik it was hoping to receive verification of what actually happened.

The tragedy has become the biggest civil aviation disaster in Russian and Soviet history.