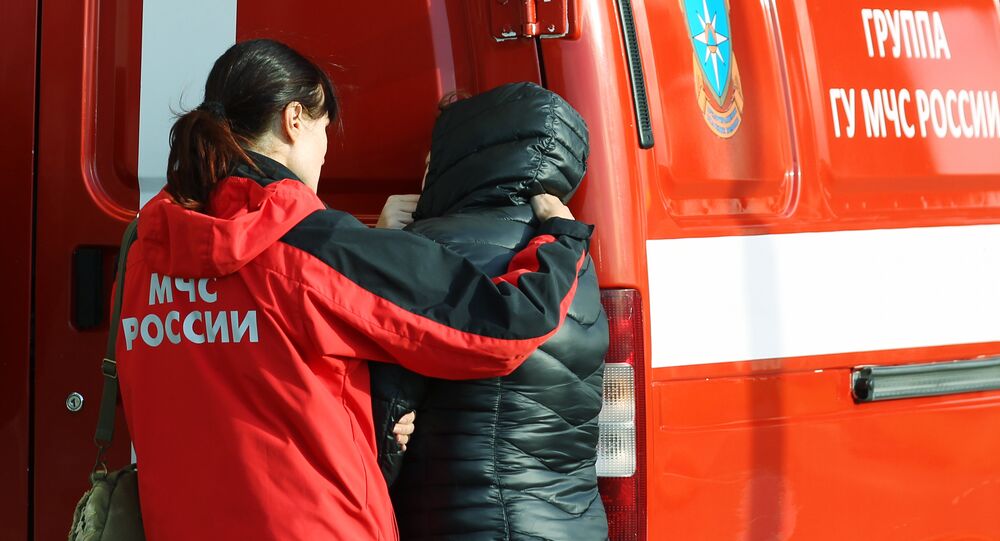 MOSCOW (Sputnik) — A daughter of one of the Kogalymavia Airbus crash victims, Olesya Kosorukova, could hardly ever put up with the fact that her mother Natalia Rostenko will never come back from her favorite resort.

“Mother, come back, I will always be waiting for you,” the girl wrote on her social networking website Vkontakte page.

Olesya recalled that her mother had spent seven vacations in Sharm El-Sheikh and was planning to celebrate her next birthday there. However, that vacation became the last one in her life.

“Perfect Autumn,” posted Ksenia Ogorodova, another crash victim, on her social networking account while commenting on her last photo taken in the Egyptian Sharm El-Sheikh resort before stepping aboard the tragic flight.

The first and the last flight

For some little passengers this was the first and, sadly, the last flight in their lives. Ten-months-old Darina was among those children who vanished in the dreadful tragedy. Her photo taken in the airport before taking off became a symbol of this catastrophe.

On the photo, Darina is looking at the runway. Small palms, with fingers spread, pressing against the glass airport wall.

“The main passenger,” Darina’s mother Tatiana affectionately commented below the photo of her daughter.

© AP Photo / Suliman el-Oteify, Egypt Prime Minister's Office via AP
129 Bodies Recovered at Site of Russian Airliner Crash in Egypt
It was the first flight in her life. On October 15, the Gromov family went to Egypt from the St.Petersburg Pulkovo airport. Aleksey and Tatyana got married one year ago and decided to celebrate the date in Sharm El-Sheikh.

There were 25 children on board of the Kogalymavia Airbus, including three-year old Nastya. It was a special trip for the girl’s parents — they were celebrating their fourth wedding anniversary. On October 31, the girl’s mother, Olga Sheina, wrote on her social networking page, “We are going back home” and posted a photo of her husband with Nastya on the ladder. The plane took off 11 minutes later, and the photo became the last one ever made by this happy young family.

Social networking pages that are usually filled with positive quotes, thoughts, photos, are now filled with sadness. Close people, compatriots, and sometimes even strangers express their condolences to relatives and friends of the crash victims.

After making a note in the book of Condolences H.E. Ambassador of Greece in Cairo said: "Today we are all Russians". Thank you for support.

Russian Kogalymavia A-321 Planes Had No Engine Failures