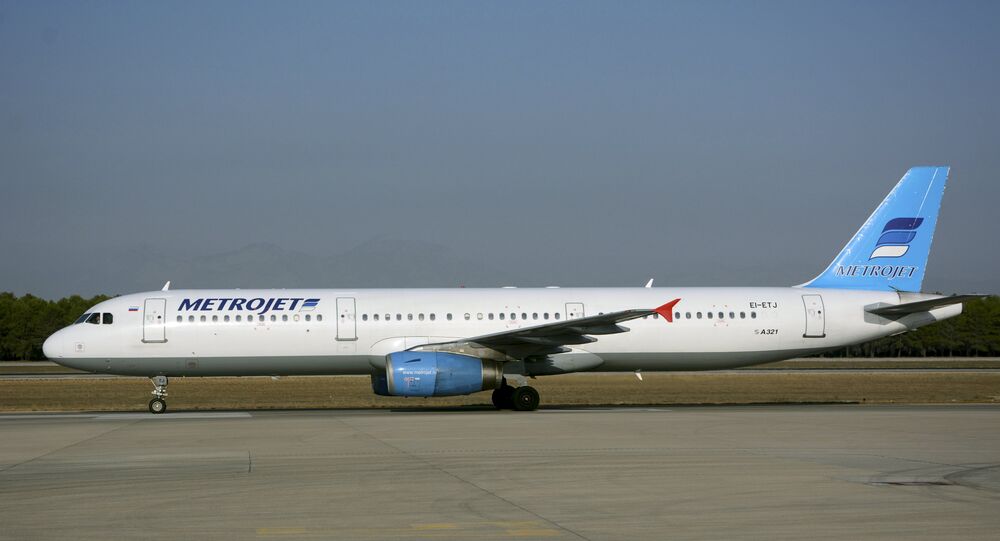 Russian Transport Minister Maxim Sokolov said that reports that Russian Airbus had been hit by an anti-aircraft missile allegedly fired by terrorists cannot be considered reliable.

"Various media are reporting that the Russian Airbus, flying from Sharm El-Sheikh to Saint Petersburg, was shot down by an anti-aircraft missile fired by terrorists. This information cannot be considered reliable," Sokolov said.

© Sputnik / Evgeny Biyatov
Investigators Search Offices of Crashed Russian Airliner's Owner
According to Sokolov, in the near future, an international committee will establish causes of the Airbus crash.

The Russian Transport Ministry said that there were 217 passengers and 7 crew members on board. The Russian embassy in Egypt confirmed all people on board the Kogalymavia Airbus were killed.

Russian Air Crash Carrier Inspected in 2014, All Issues Resolved Back Then