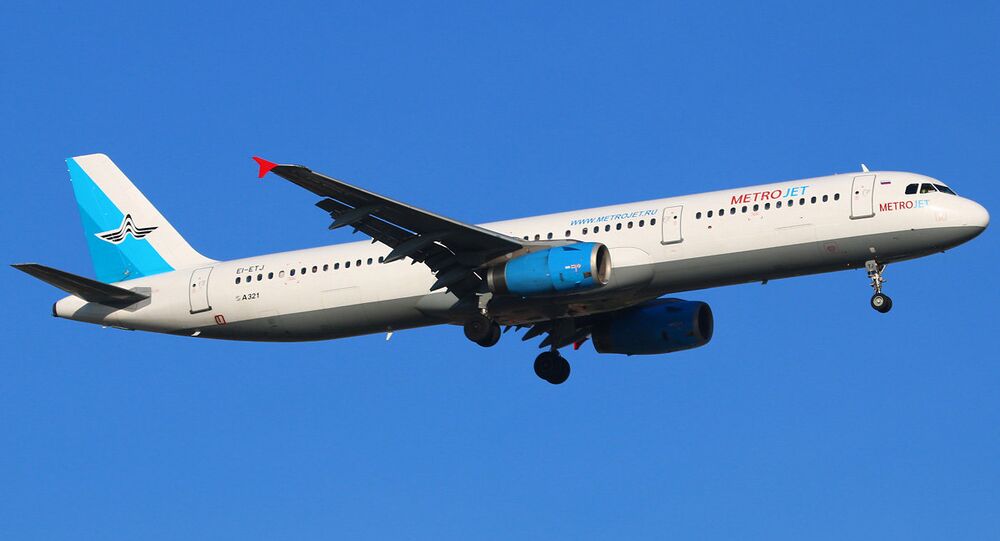 An examination of the Russian Airbus crash site indicates that the airliner fell down in Egypt's Sinai peninsula due to a technical fault.

Bodies were found in a 5 km (3.1 miles) radius from the crashed aircraft, the sources said. The plane fell vertically, which led to large parts of it burning, according to Reuters.

The Sinai aircrash became the deadliest air accident in the history of Russian aviation, surpassing the 1985 disaster in Uzbekistan, where 200 peoplpe died.

The Airbus company would provide all the necessary technical support to the authorities, involved in the investigation of Russian Kogalymavia airliner crash in Egypt, the statement published on the website of the Russian branch of Airbus company said.

There were no indications that the Russian Airbus was shot down. The airliner en route from Sharm El-Sheikh to Saint Petersburg went off radar at 3:21 AM GMT 23 minutes after take-off.

No Survivors Found at Crash Site of Russian Plane