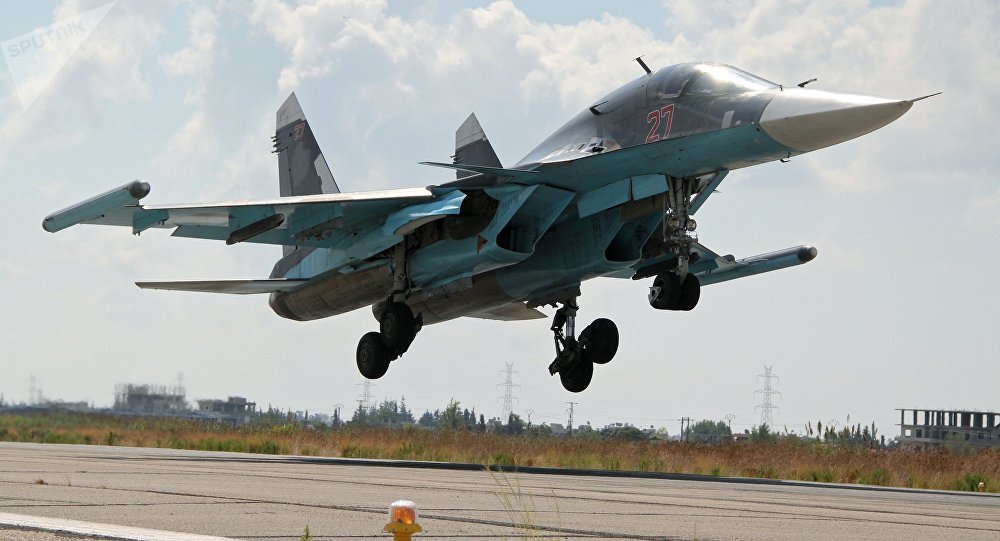 Russian warplanes based near the Syrian city of Latakia have reportedly used heavy laser-guided bombs to attack Islamic State positions.

"The KAB-1500 guided bomb is known for its high accuracy. It is equipped with a laser seeker which helps to direct the bomb," Klimov said.

The KAB-1500L-Pr version, fitted with a 1,100-kg concrete-piercing warhead, is designed for attacking reinforced concrete fortifications, runways and rail bridges.

The KAB-1500L-F version is equipped a 1,180-kg blast warhead for surface targets, such as military and industrial facilities.

According to Klimov, these KAB-1500 bombs can pierce through twenty meters of soil or a three-meter reinforced concrete ceiling.

© Sputnik / Dmitriy Vinogradov
Defense Ministry Trolls US Over Comments on Russian 'Recklessness' in Syria
Earlier that day, the Russian upper house of parliament unanimously supported the request of President Vladimir Putin to deploy units of the Russian Aerospace Forces abroad.

Syrian Ambassador to Russia Riad Haddad confirmed, for his part, that Syrian Army strikes, supported by the Russian Aerospace Forces, were carried out against armed terrorist organizations, not political opposition factions or civilians.

In the past thirty days, Russian military aircraft carried out total of 1,391 sorties in Syria, destroying 1,623 Islamic State targets, according to the Russian Armed Forces's General Staff.

US Anti-ISIL Operations Not Hampered by Russian Actions in Syria