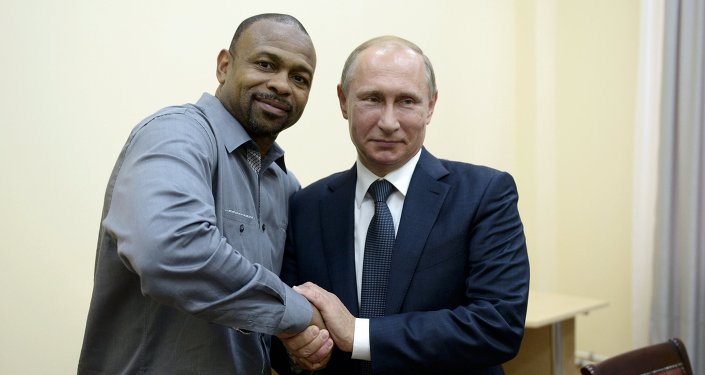 Jones added that he plans to live in Crimea because he likes the peninsula's climate, which he said reminds him of his home grounds in the United States.

The interview came several days after Jones received a Russian passport following his request for Russian citizenship in September 2015.

© Sputnik / Alexey Filippov
Boxer Roy Jones Jr. who has received a Russian passport at a local division of the Russian Federal Migration Service

After a ceremony at Moscow’s main migration office on October 27, Jones said that he was happy to be a Russian citizen and announced that he was taking Russian language classes.

© Sputnik / Vladimir Astapkovich
Can't Be Touched: Roy Jones Talks on Ukraine Blacklist, Jabs at Klitschko
According to Jones, his decision to become a Russian citizen is not linked to politics, but is aimed at boosting cultural relations between the two countries.

The 46-year-old holds numerous world titles in the middleweight, super middleweight, light heavyweight and heavyweight divisions. The US Boxing Writers Association named Jones "Fighter of the Decade" for the 1990s.

On December 12, he is due to compete in Moscow for the World Boxing Association’s super heavyweight title.