© AFP 2019 /
Self-Styled ISIL Caliphate Will Stop at Nothing to Get Money for War
In an interview with Sputnik, eminent Turkish journalist Alptekin Dursunoglu voiced surprise about the US-led coalition's reluctance to bomb Islamic State-controlled oil deposits in Syria, which he said are one of the key sources of income for the jihadist group.

He referred to the Islamic State's smuggling of oil to Turkey via an illegal pipeline, the existence of which has yet to be confirmed, according to Dursunoglu.

At the same time, he drew attention to the fact that the US-led air campaign never targeted the ISIL-controlled oil fields in Syria.

"This fact really makes [me] wonder, given that one of the steps of Obama's plan to fight ISIL was the destruction of sources of the Islamic State's income," Dursunoglu said.

To find the answer, it is necessary to discern who ordered the US and its allies not to bomb ISIL's oil fields, he said, referring to previous activities by local officials nominated by the US.

Commenting on thousands of oil tanks supplied by ISIL, Dursunoglu wondered why American drones failed to track the convoy of such a big scale. 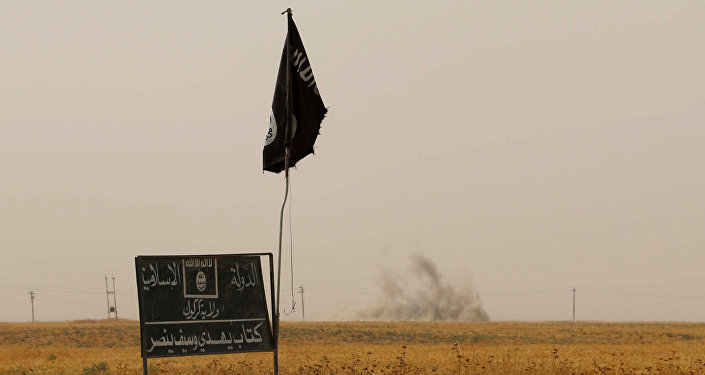 © AFP 2019 / MARWAN IBRAHIM
ISIL Sells Oil to Diffuse Network ‘That No One Controls’ - US Official
He also said that the delivery of oil is not the only source of income for the Islamic State, which he recalled was part of al-Qaeda in 2012.

"This unified organization deliberately avoided being named al-Qaeda. This organization got the considerable share of money that was delivered by the Gulf States and Turkey under the pretext of helping the Syrian opposition," Dursunoglu said.

He quoted local humanitarian workers as saying in 2012 that the money was sent in "bags, suitcases and sacks."

Dursunoglu added that apart from illegal oil trading and racketeering, the smuggling of antiques and historical artifacts, as well as human trafficking and the organ trade add significantly to the Islamic State's coffers.

True Story: How the US Has Fought ISIL Up To Now