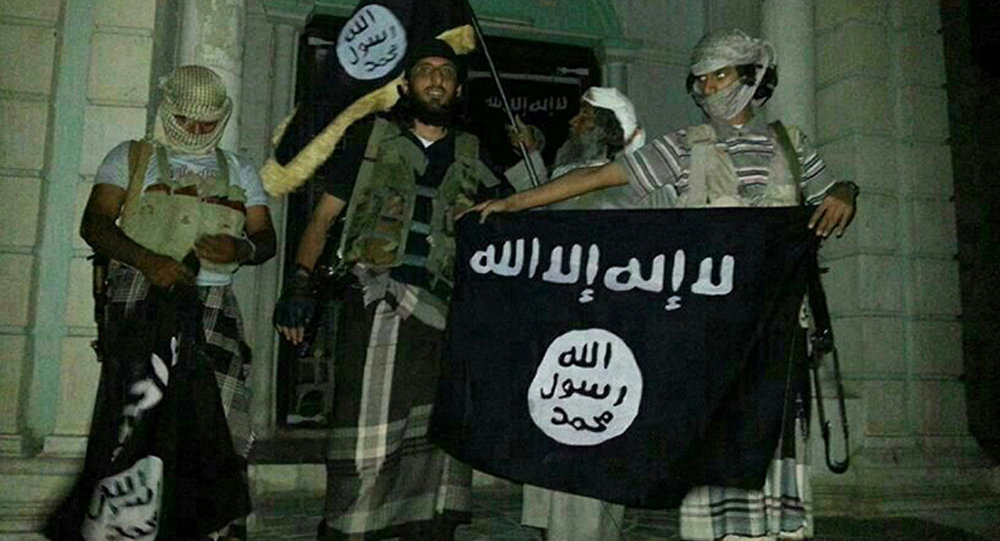 The Islamic State has resorted to almost every depraved method available to obtain money, including organ trafficking, kidnapping, narcotics sales, trading in plundered artifacts, and child sex slavery; but have they also received money from the US and Saudi Arabia?

According to Abshenass, ISIL's budget also has several key deep-pocketed patrons; considerable sums have been sent by al-Qaeda and "separate Gulf states".

Unfortunately, the infamous terrorist group doesn't stop there: they also collect money from the black market sale of priceless cultural and historical artefacts from Syria and Iraq, Abshenass said. Additionally, they kidnap children and hold them for ransom, engage in human trafficking, arms sales, narcotics trafficking and the illicit sale of human organs.

"This terrorist organization uses all the ways prohibited by international law to receive income," Abshenass said of ISIL.

"ISIL activity is one of the key reasons for the fall in world oil prices since this terrorist organization sells oil at a rather low price to black [market] brokers in Turkey and Jordan," Abshenass said.

As far as organ trafficking is concerned, it represents a significant part of the ISIL budget, he pointed out.

"Removing organs from those who do not share the Islamic State's  views and ideology and then selling them on the black market is not uncommon for ISIL warlords", Abshenass said.

© AFP 2019 / STR
Hit Them Where it Hurts Most: Russian Airstrikes Cut ISIL Funding From Oil
He was echoed by another noted Iranian political scientist, Mosayeb Na'imi, who blamed Turkey and Israel for their roles as the mediators ISIL's oil sales drive.

Na'imi also pointed to the scale of ISIL crimes and atrocities, which he said indicates that the group may be getting even more powerful financial support: from the "supporters of the war in Syria."

"In other words, there are very influential and rich players behind ISIL, including the United States, Saudi Arabia, Qatar and their allies," Na'imi concluded.