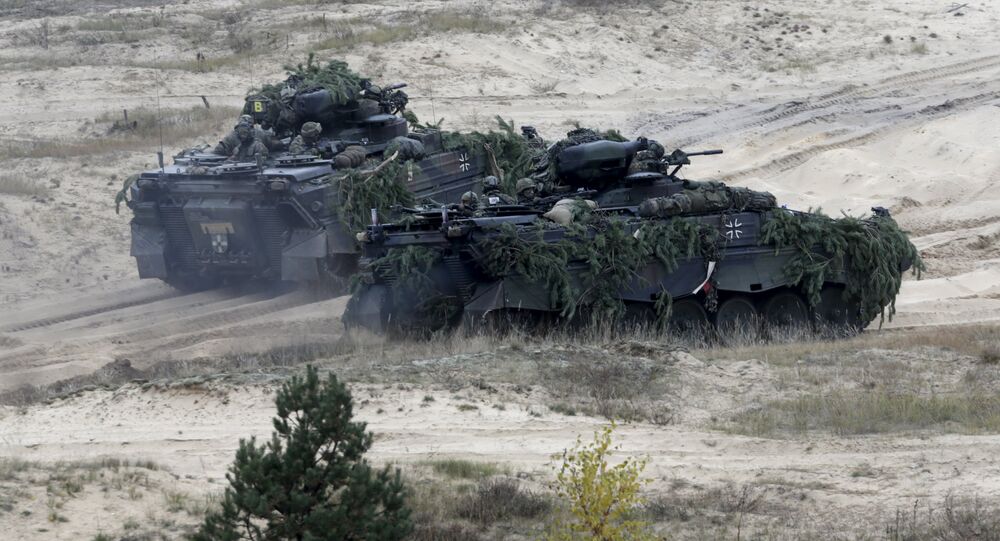 Kremlin spokesman Dmitry Peskov said that advance of NATO and its military infrastructure toward Russian borders is both undesirable and dangerous.

On Wednesday, US media reported that NATO was considering expanding its military presence along its member-countries’ shared borders with Russia.

"It is this very advance of NATO and its military infrastructure toward our borders. This is not a new development as we've been talking about how undesirable and dangerous this move is for a long time," Peskov told reporters.

Another option recommends deploying a single battalion to cover the entire region, according to the newspaper.

Both scenarios of a possible NATO military buildup along the bloc’s eastern flank, circulating in the media, are viewed by the Kremlin as undermining regional and global security.