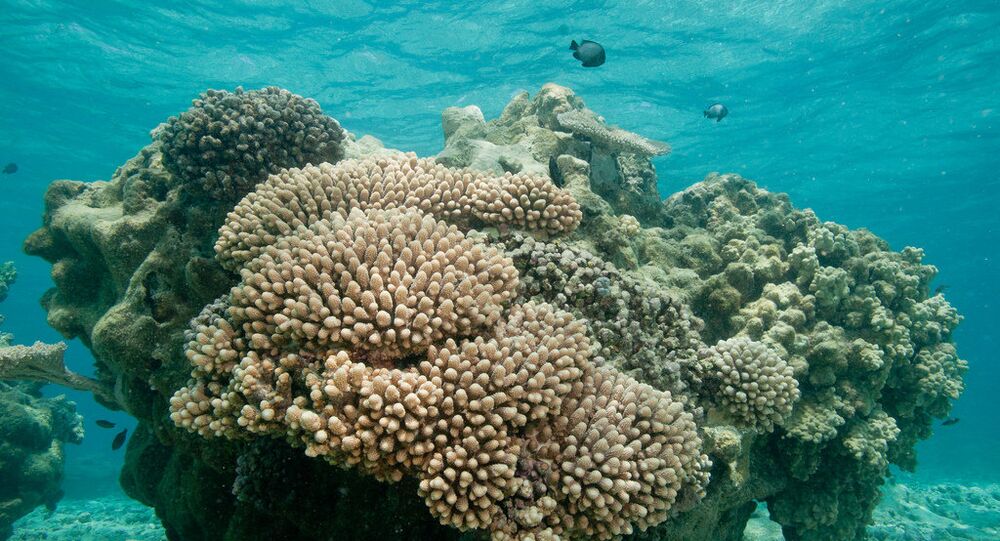 Scientists have finally solved the mystery of the world’s dying corals – it’s being killed by your sunscreen lotion.

© Flickr / WorldFish
Coral Reefs Made of Tougher Stuff, Could be Saved From Global Warming
There have long been concerns about the safety of sunscreen. In particular, the 3,500 brands which contain a UV-filtering chemical compound called oxybenzone. But while the Environmental Working Group previously claimed that the chemical could potentially penetrate the skin and cause hormonal and cellular changes, the American Academy of Dermatology insists there no evidence that it causes harm to humans.

But it's not your health you should be worried about in this case. The latest studies have revealed that the very ingredient that saves your skin from the effect of UVA and UVB rays is damaging coral reefs in tourist resorts around the globe.

A study released on Tuesday by the Archives of Environmental Contamination and Toxicology shows that oxybenzone is toxic to coral and can be fatal in high concentrations. According to the report, the compound modifies coral's DNA, makes it less resistant to bleaching, and acts as an endocrine disruptor, forcing baby coral to enshrine itself in its own skeleton and die.

© AP Photo / Kike Calvo
Great Barrier Reef Stays Off UNESCO Endangered List – For Now
Researchers say that even low concentrations of oxybenzone can do harm. The equivalent of a single drop of water in six and a half Olympic-sized swimming pools can significantly damage coral.

The findings come from an international research team led by Craig Downs of the non-profit scientific organization Haereticus Environmental Laboratory in Virginia. They conducted water testing around popular tourists destinations.

The waters around Hawaii and the U.S. Virgin Islands, for instance, showed oxybenzone concentrations 12 times higher than average.

"The most direct evidence we have is from beaches with a large amount of people in the water," co-author John Fauth, an associate professor of biology at the University of Central Florida in Orlando, wrote in the report.

"But another way is through the wastewater streams. People come inside and step into the shower. People forget it goes somewhere."

Between 6,000 and 14,000 tonnes of sunscreen lotion winds up in coral reef areas annually. Meaning that beachgoers are unknowingly contributing to the decline of the very ecosystems they pay money to visit.