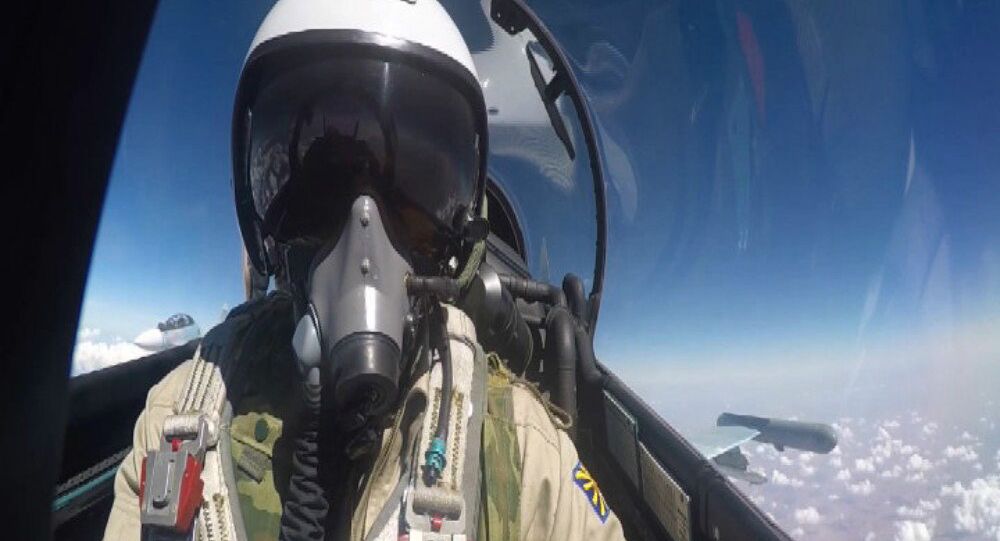 Orazio Gnerre, the leader of the European Communitarianist Party, said that the Russian role in the Middle East is not only necessary, as part of a broader international collaboration among free countries, but also critical to the solution of the chaos created by the West.

© AP Photo / Alastair Grant
Britain – and the West – Have No Right to Lecture China
MOSCOW (Sputnik), Anastasia Levchenko — Russia and China are committed to fighting terrorism in those regions where the West has failed to do so, such as in the Middle East, the leader of the European Communitarianist Party told Sputnik on Wednesday.

"What we are seeing today, in no uncertain terms, is the political commitment of Russia and China (both inside and outside of the Shanghai Cooperation Organization) to the international fight against terrorism, where the West has totally abdicated this task," Orazio Gnerre said.

Russia launched airstrikes on positions of the Islamic State (ISIL) jihadist group at the request of Syrian President Bashar Assad on September 30. On Friday, Russian President Vladimir Putin said that Moscow had made progress in its fight against IS and is currently discussing anti-terrorist cooperation with several Arab nations and Israel.

"The Russian role in the Middle East is not only necessary, as part of a broader international collaboration among free countries, but also critical to the solution of the chaos created by the West," Gnerre said.

Gnerre described the US actions in the Middle East as an attempt to prevent integration between Iran, Syria and Lebanon, and collaboration between Russia and China that run counter to a unipolar world order.

© Sputnik / Alexei Druzhinin
Putin’s Success in Syria Increasing Russia’s Role in World Affairs
Syria has been mired in civil war since 2011, with the country’s government fighting against opposition factions and militant groups such as ISIL.

Several Western and Arabic countries do not consider Assad to be the legitimate authority in Syria, and a US-led coalition has been conducting airstrikes against ISIL and training the opposition without approval from the UN or Damascus. Russia began launching precision airstrikes on ISIL positions in Syria at Assad's request.

At the 70th session of the UN General Assembly in New York, Putin urged the international community to create a broad international anti-terrorism coalition with Islamic countries.

China is part of the Regional Anti-Terrorist Structure (RATS) of the Shanghai Cooperation Organization (SCO). One of RATS main objectives at present is to curb ISIL expansion.

Earlier in October, media reports suggested that China could join Russia's efforts to destroy ISIL militant networks in Syria. However, the Chinese Foreign Ministry has stated that it has no information pertaining to the country's possible participation in an anti-IS air campaign.

Russia Ready to Team Up With Turkey Against Terrorism