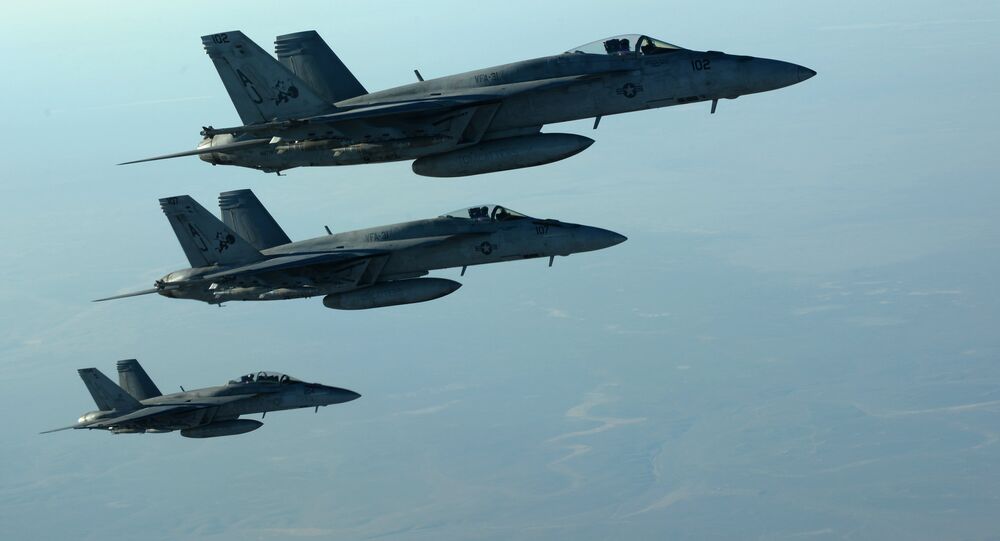 Washington sees no indication that Russia is preparing to carry out airstrikes in Iraq, according to a spokesman for the US Operation Inherent Resolve, which is a code name for the military intervention against the Islamic State in Iraq and Syria.

WASHINGTON (Sputnik) — The United States does not see any sign of Russia readying to carry out airstrikes against Islamic State targets in Iraq, US Operation Inherent Resolve spokesman Steve Warren told reporters on Wednesday.

"Right now we see no indication that the Russians are preparing to conduct air strikes in Iraq," Warren stated.

On Wednesday, a member of Iraq’s State of Law Coalition told Sputnik that Iraq’s parliament is planning to vote a measure to on request support from the Russian Aerospace Forces to fight the Islamic State terrorist group.

"Any time that there are uncoordinated players in a battle space, that poses challenges. It poses the possibility of unplanned and uncoordinated midair situations," Warren added when asked how Russia’s entering Iraq might challenge the US efforts to combat the Islamic State.

Russia has been conducting precision airstrikes against the Islamic State targets in Syria since September 30 on a request by Syrian President Bashar Assad.

Russian and Iraqi officials have kept open the possibility of expanding Russia’s anti-terrorist airstrikes from Syria into Iraq.