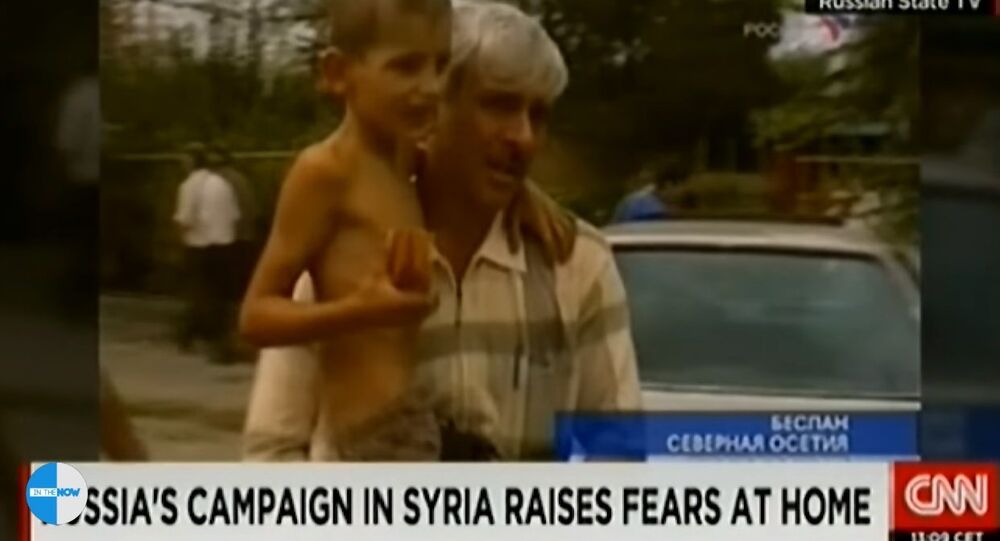 Crossing the Line: CNN Appears to Justify Terrorism in Report on Russia

It seems that calling a spade a spade is no small task for CNN, which has decided not to label those behind the 2002 Moscow Dubrovka Theater hostage crisis and the 2004 Beslan school siege 'terrorists'.

© AP Photo / John Locher
Dirty Tricks Exposed: Did CNN Plant Jeb Staffer to Troll Trump?
In a biased report, CNN has preferred to refer to those who were behind the deadly 2002 Moscow Dubrovka Theater siege as rebels rather than terrorists.

The report begins by alleging that Russia may experience "blowback" on its territory as Islamists retaliate against the launch of its current anti-Islamic State campaign in Syria.

Then, CNN crossed the line by refusing to acknowledge that those behind a bloody attack on a Moscow theater in 2002 were terrorists.

At least 130 hostages were killed during the siege, something that did not prevent CNN from describing those behind the 2002 attacks as Chechen rebels rather than terrorists.

It appears to have eluded CNN that the so-called rebels had planned to kill about 900 civilians, including children, in a suicide attack for the express purpose of inciting terror.

CNN went even further by justifying the horrendous 2004 Beslan school siege, which claimed the lives of more than 330 people, including 186 children.

According to the CNN, this bloodshed was sparked by Russia's "brutal wars" in "mainly Muslim Chechnya and the country's restive south."

CNN neglected to mention the fact that during that siege, the Chechen terrorists tortured local schoolchildren, their parents and teachers, refusing them food and water and later killing the hostages.