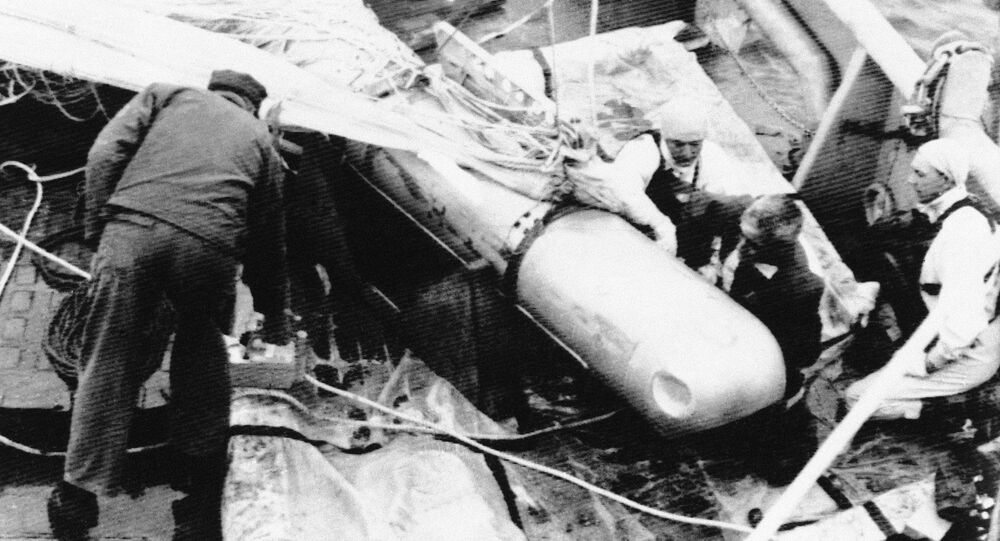 The United States has agreed to clean up and store nuclear contamination from a US bomber that crashed in Spain nearly 50 years ago, local media reported Monday.

© AP Photo / Najim Rahim
'It Wasn't a Mistake': MSF Chief Slams US Bombing of Afghan Hospital
MADRID (Sputnik) – The US Air Force B-52, carrying four hydrogen bombs, collided with a tanker during refueling in 1966 and crashed in the southern Spanish coastal village of Palomares. Three of the bombs – said to be more powerful than those dropped on Hiroshima and Nagasaki – were found in the countryside. The explosives in two of the weapons detonated upon impact, contaminating a nearly 1-square-mile area with plutonium. The fourth bomb fell into the Mediterranean.

"[The agreement] is very advanced, but believe me, we will not say a word about the details," Spanish Foreign Minister Jose Manuel Garcia-Margallo was quoted as saying at a press conference by El Mundo.

The date, cost or other details of the operation – still reported to be under negotiation – have not been disclosed.

US Secretary of State John Kerry, who is on a visit to Spain, declined to comment on the US-Spanish decontamination deal.

The Spanish publication further reported that the contaminated soil will be moved from Palomares to a "suitable location" in the United States.

In a joint statement, Washington and Madrid said they "intend to negotiate a binding agreement" to arrange for the disposal of the contaminated soil "at an appropriate site" in the United States.

The Palomares B-52 crash, which took place on 17 January 1966, killed three of the seven crew members on board. All four crew members of the refueling plane were killed when the fuel load ignited.